‘We had worked so hard to make Madhya Pradesh an island of peace’, Chouhan said. 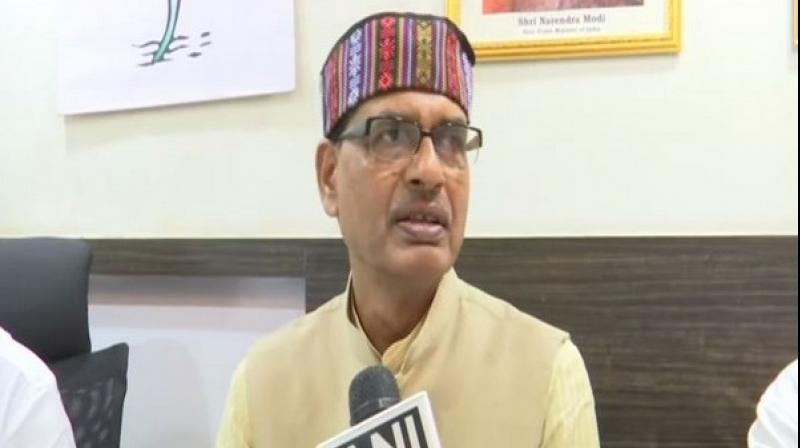 Chouhan also appealed to Madhya Pradesh government to provide life-time pension to those who had lost their eyesight after a cataract operation in a private Indore hospital recently. (Photo: ANI)

"A situation of 'Jungle Raj' has developed in Madhya Pradesh. We had worked so hard to make Madhya Pradesh an 'island of peace'", Chouhan said.

Chouhan said that abductions had become a common occurrence in the state and pointed out that such cases were rife in Satna district.

"Earlier twin boys Shreyansh and Priyansh were kidnapped and murdered. And now a daughter has been abducted and killed. Kidnapping has become commonplace and criminals are roaming freely in the open," Chouhan said.

"My beloved Madhya Pradesh is being destroyed. I want to tell the Chief Minister to wake up and stop this," he added.

Chouhan also appealed to Madhya Pradesh government to provide life-time pension to those who had lost their eyesight after a cataract operation in a private Indore hospital recently.

Chouhan who is on a visit to Goa credited former Chief Minister Manohar Parrikar with the state's development.

"I'm so happy that under the leadership of Manohar Parrikar, Goa had developed so much. Countless projects like Atal Setu were undertaken and his good work is being carried further by Pramod Sawant and his team," he said.

Chouhan also blamed Congress and former Prime Minister Jawaharlal Nehru for delaying the integration of Goa into the Indian union.

"Every time I come here, I wonder why Goa had to wait so long for independence. We were independent in 1947 but Goa became a part of India in 1961. This happened due to wrong policies of Congress and Nehru," Chouhan said.