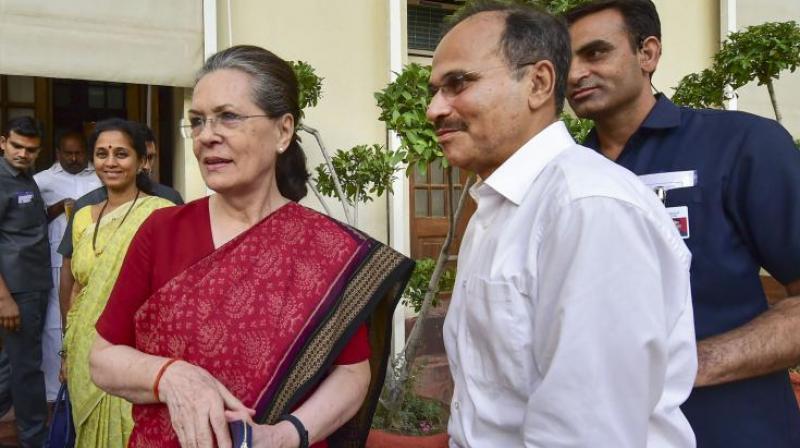 Sonia Gandhi was recently chosen as interim chief of Congress after a meeting of the party's Working Committee. (Photo: AP)

Murshidabad: Congress leader Adhir Ranjan Chowdhury on Saturday said that under the leadership of interim president Sonia Gandhi, the party will become stronger.

"Congress party has been associated with the Nehru-Gandhi family even before Independence. Indira Gandhi and Rajiv Gandhi have sacrificed their lives for India. In Congress, everybody respects this family. That's why when a leader is chosen from this family to run the party, the Congress workers across India feel overjoyed. It will be profitable for the party to have Sonia Gandhi has interim president," Chowdhury told ANI here.

"We all have worked under her in the past. We will happily work under her. Also, we will wait for the appointment of new president. We have full trust that under Sonia Gandhi's leadership Congress will become stronger," he added.

Sonia Gandhi was recently chosen as interim chief of Congress after a meeting of the party's Working Committee.

The CWC meeting to choose an interim chief was held over two months after Rahul Gandhi offered to resign as party chief following the party's debacle in the Lok Sabha elections.