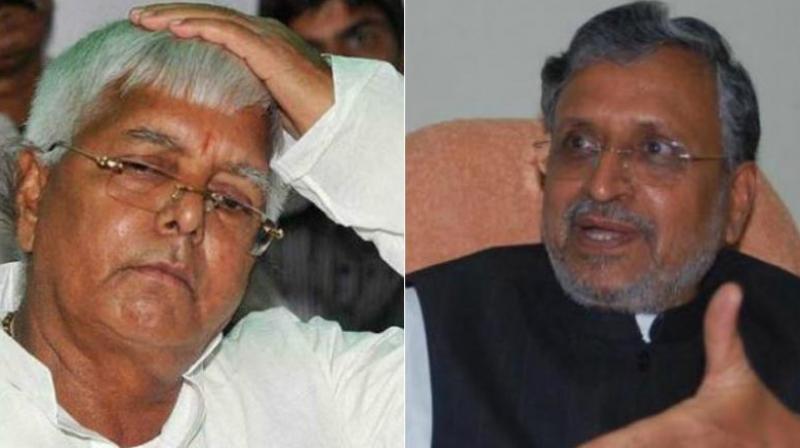 Modi issued a statement alleging that Lalu was violating the laws by engaging in political activity, while he is on bail due to health issues.

"RJD chief who is on bail for treatment has been constantly violating the laws, CBI should cancel his bail immediately. He first met Congress leader Ashok Gehlot and then Telugu Desam Party leaders," read the statement.

Modi further claimed that TDP leaders went with the excuse of meeting Lalu to inquire about his health, but in turn, asked for his party's support for the non-confidence motion.

"The TDP and RJD leaders have proved that they do not care to follow the rules of the bail. This is a matter of contempt of court. Earlier, RJD leaders have accused the judiciary of caste discrimination," the statement added. Lalu, who was convicted in the fodder scam, is on a six-week bail on health grounds.

He was admitted to All India Institute of Medical Sciences (AIIMS) on March 29 for specialised treatment, and was subsequently referred to Ranchi's Rajendra Institute Medical Sciences and then to a Mumbai hospital. The RJD chief returned to Patna on July 8 after undergoing heart treatment in Mumbai.