According to the Secretariat of the Lok Sabha, a total of 768 MPs voted in the election of both the Houses. 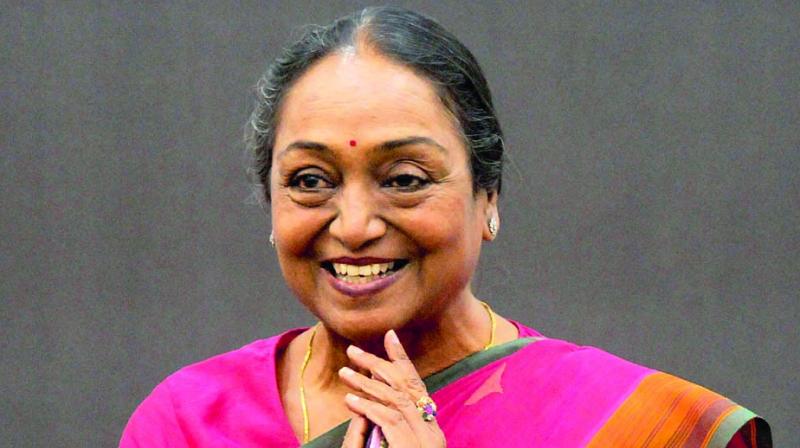 New Delhi: On the day of polling for the presidential elections, the joint candidate of 18 Opposition parties, Meira Kumar, asked the members of the electoral college to adhere to their “voice of conscience” and vote in the name of ideology rather than party considerations.

“We should heed to our inner voice as it is powerful and pure. Also, it in the best interest of the country and for the future of the country,” she said.

The voting for the presidential elections started at 10 am Monday and ended at 5 pm. According to the Secretariat of the Lok Sabha, a total of 768 MPs voted in the election of both the Houses.

Ms Kumar has been travelling the country to urge the member of the electoral college to vote for her. “Today is a very important day. Today, the collegium will take a decision and you all know I am a candidate in this contest to fight the battle of ideology,” she said on Monday.

She added, “Ideology of social justice, inclusiveness, secularism, transparency, freedom of expression and press, poverty alleviation and total destruction of caste system binds India together. It is very important that we protect and preserve it.”

The former Lok Sabha Speaker was the last minute choice of the Opposition parties to take on the NDA candidate and the former Bihar governor Ram Nath Kovind. The Opposition parties have termed the election as fight for the idea of India and standing up for ideology. However, the numbers are heavily in favour of NDA candidate Ram Nath Kovind. Other parties like the Shiv Sena, Telugu Desam Party, YSR Congress and BJD coming out in open support to Mr Kovind has made the path easier for his elevation to the top job.