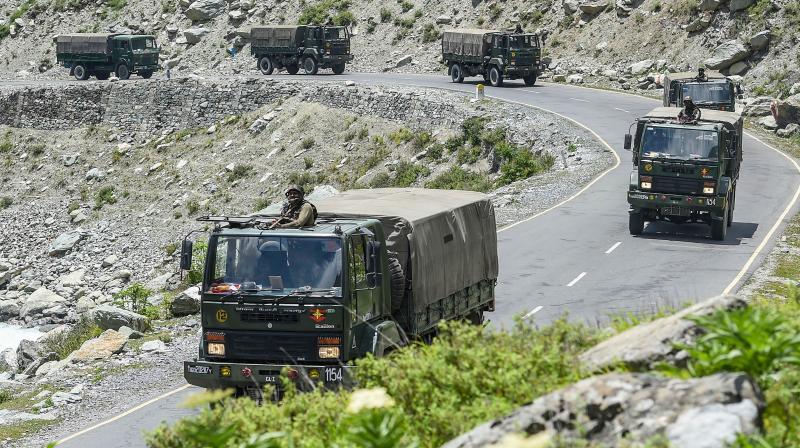 New Delhi: India has trashed China's claim of sovereignty over the Galwan Valley in eastern Ladakh, the site of a violent cross-border clash, saying such "exaggerated" and "untenable" claims are contrary to the understanding reached during a high-level military dialogue on June 6.

The Chinese military on Thursday said the Galwan Valley has always been a part of China.

In a sharp reaction to the claim by China's People's Liberation Army (PLA), Spokesperson in the Ministry of External Affairs Anurag Srivastava referred to an agreement reached between Chinese and Indian militaries on "disengagement" during the Lt General-level talks on June 6.

"Making exaggerated and untenable claims is contrary to this understanding," he said in a statement issued at around 1 am.

The Galwan Valley was the site of the violent clash between the two militaries on Monday evening in which a colonel and 19 other Indian Army personnel were killed.

It was the biggest confrontation along the Line of Actual Control between the two forces after their clashes in Nathu La in 1967 when India lost around 80 soldiers and China lost over 300 PLA personnel.

In a telephonic conversation with his Chinese counterpart Wang Yi, External Affairs Minister S Jaishankar too talked about the need for implementation of the decisions taken at the June 6 meeting.

"As we have conveyed earlier today, External Affairs Minister and the State Councillor and Foreign Minister of China had a phone conversation on recent developments in Ladakh," Srivastava said.

"Both sides have agreed that the overall situation should be handled in a responsible manner and that the understandings reached between Senior Commanders on 6th June should be implemented sincerely. Making exaggerated and untenable claims is contrary to this understanding," he said.

In the telephonic talks, Jaishankar delivered a strong message to Wang saying the "unprecedented" incident in the Galwan Valley will have a "serious impact" on the bilateral relationship and held the "pre-meditated" action by Chinese Army directly responsible for the violence.

Prior to the clashes, both sides have been asserting that pending the final resolution of the boundary issue, it is necessary to maintain peace and tranquillity in the border areas.