The leaders discussed the issues in connection with the Andhra Pradesh Reorganization Act, 2014. 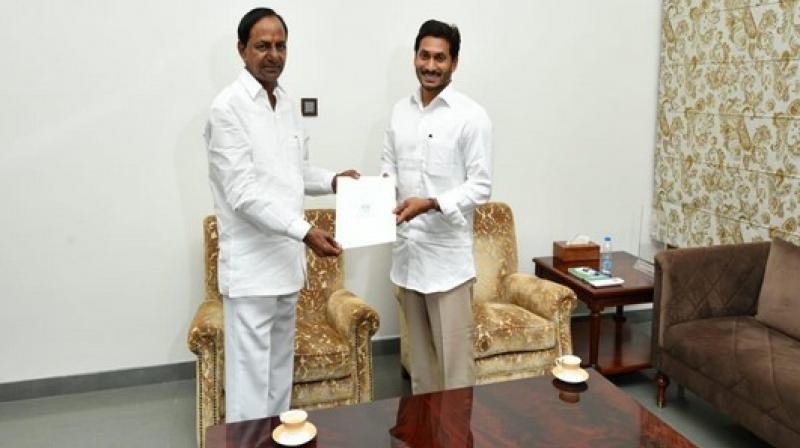 Water dispute between Telangana and Andhra Pradesh was also discussed in the meeting. (Photo: ANI)

Rao reached Vijayawada from Telangana's capital Hyderabad in the afternoon and visited Kanaka Durga Temple situated on Indrakeeladri hillock near the city.

Afterwards, he proceeded to Chief Minister Jagan's residence in Tadepalli village,Amaravati. There, he extended the invitation to Jagan for the event, which is scheduled for Friday.

The leaders reportedly discussed the issues pending in connection with the Andhra Pradesh Reorganization Act, 2014 over lunch.

They reportedly discussed as to how to resolve the problems related to the bifurcation including division of public sector utilities, RTC assets, and division employees in the power sector.

Water dispute between Telangana and Andhra Pradesh was also discussed in the meeting.