As per YSRCP, Dalits were threatened on the day of voting and were not allowed to vote in some of the villages in Chandragiri constituency. 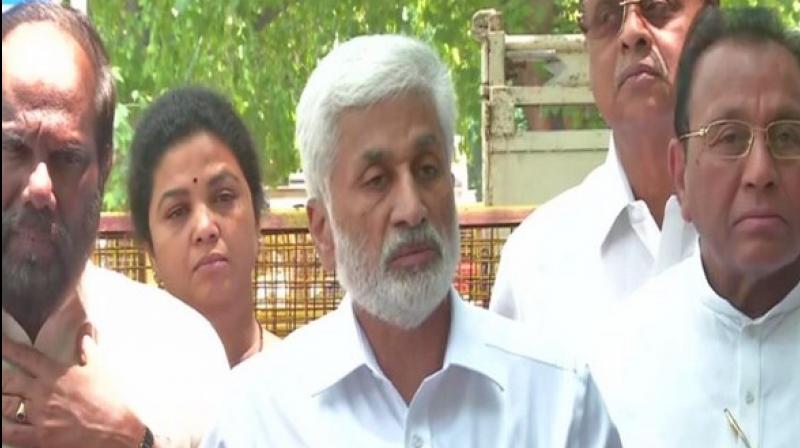 The party has also urged the poll body for re-polling in two booths- Peddagorupadu and Chandragiri constituencies after conducting an inquiry based on CCTV footage.

As per YSR Congress Party, Dalits were threatened on the day of voting and were not allowed to vote in some of the villages in Chandragiri Assembly constituency.

The party also stated that DEO/RO did not take up the matter seriously and made no arrangements, either in terms of security or separate booths, to take care of the vulnerable sections that are under threat by the undemocratic forces and anti-social elements from freely exercising their vote.

"Since that didn't happen, as usual, the elections were rigged and Dalits were not allowed to vote in these booths. The DEO despite the availability of CC camera footage refused to look into the complaint and reported that nothing serious or objectionable has happened. Had he gone through CC camera footage, he could have taken a different stand without any political bias. Thereafter, we had no choice except to seek justice in the court of law. However, thankfully, Election Commission intervened after appreciating our evidence and CC footage and decided to order re-polling in 5 out of the 7 booths based on available evidence," the letter penned down by V Vijayasai Reddy, national general secretary of YSR Congress Party read.

In the letter, the political quarter has written that they have completely lost confidence in DEO and has sought strict action against him for not taking the matter seriously.

"We earlier approached the Returning Officer to verify the CC footage of two booths, Peddagorupadu, Chinnagorupadu of Pakala Mandal, Chandragiri constituency, wherein Telugu Desam party activists committed mass rigging. Despite our request, the Returning Officer did not bother to look at the CCTV footage which is more or less direct and impeachable evidence. Right from voters' enumeration till the free and fair conduct of the poll, at every stage the Returning Officer has been conducting himself in an absolutely biased manner and playing according to the dictates of the Telugu Desam Party," the letter further read.

In the concluding statement, the YSR Congress Party also claimed that the District Collector is also dancing to the tunes of the Chief Minister instead of discharging his responsibilities in an unbiased manner.

"He failed to provide adequate police protection despite receiving direction from Election Commission. It is high time that the Election Commission may have a look at his conduct and discharge him to avoid jeopardising the counting process.