In the letter, the lawyer stated that Modi threatened to lock Abhishek's office after the results of Lok Sabha elections are announced. 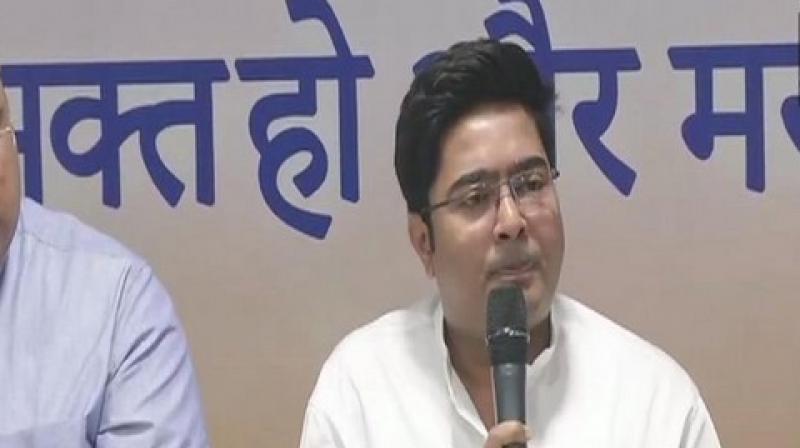 Kolkata: TMC leader and nephew of West Bengal Chief Minister Mamata Banerjee, Abhishek Banerjee on Saturday sent a defamation notice to Prime Minister Narendra Modi for the alleged derogatory remarks made against him at a public rally on May 15 in Diamond Harbour.

"Your speech, punctuated by false, malicious, and defamatory content, was an embodiment of political calculation and mischievous intent. Your imputations were deliberate and mala fide, perpetrated through thinly-veiled references of 'Bhatija' (nephew) and 'Didi' while being fully aware that Mamata Banerjee is referred to as 'Didi' and my client himself is the only nephew of the said Banerjee who is involved in public life and is the sitting MP from Diamond Harbour," read the letter from Abhishek Banerjee's lawyer Sanjay Basu.

Calling all the allegations against Abhishek as "slanderous, malicious and false," the lawyer said: "In your speech, you referred to my client as a 'Gunda' or 'goon'. Such statements, other than being attempts to deceive the public through rhetoric, are hardly appropriate for a person holding your position. My client denies all your claims and challenges you to provide proof of such deliberate misstatements."

In the letter, the lawyer also stated that Prime Minister Modi threatened to lock Abhishek's office after the results of Lok Sabha elections are announced.

"In the event an unconditional apology is not issued to my client within 36 hours of receipt of this notice, my client will be constrained to initiate appropriate proceedings against you in accordance with the laws of this country without any further notice," the letter read.

"The aforesaid is without prejudice to my client's other rights and contentions," the letter added.

Addressing a rally in Diamond Harbour on May 15, Prime Minister Modi hit out at Chief Minister Banerjee for her 'anarchist behaviour' in the state and said her nephew Abhishek Banerjee's office will be 'locked' up soon after the results of Lok Sabha polls.

"After election results, Didi's nephew office will be locked. I was told that his office, as per Trinamool Congress (TMC) tradition, was built after occupying the public road. Didi, your party has earned a lot by 'tolabaaji' (extortion), at least do not occupy public roads for the construction of nephew's office," he said.