‘Regional leaders of the party have been given more say in the affairs of the Congress and its policies for states,’ he also said. 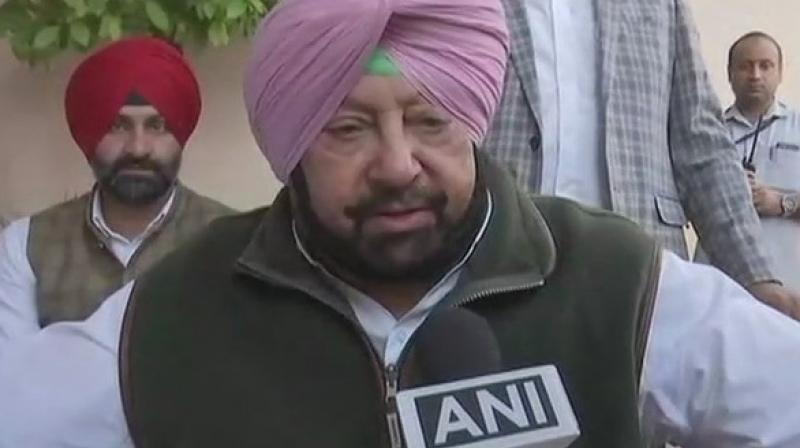 Malot: The Congress of 2019 is different from that of 2014 as the party is giving more importance to regional leaders than it was doing earlier and has also become more aggressive, says Punjab Chief Minister Amarinder Singh.

Singh, under whose leadership the Congress won the assembly elections in Punjab in 2017 after facing a drubbing in the 2014 general polls, in an interview to PTI said that in the past five years "regional leaders of the party have been given more say in the affairs of the Congress and its policies for states."

Punjab might have brought it more starkly to the fore but the realisation to give more importance to regional leaders started dawning much earlier, he said.

Underlining that regional leaders have a better connect with the people in the states, he said the Congress therefore has a deeper insight into the aspirations of people across the country today.

"The party is giving more importance to regional leaders than it was doing earlier," Singh said in response to his argument that the Congress of 2019 is different from that of 2014.

Hailing Congress president Rahul Gandhi, Singh said under his dynamic leadership, the party has grown in confidence, and "the defensiveness of the past has given way to a new aggression", adding this is particularly welcome in the current political environment when the nation requires a strong alternative to the BJP.

"Within the organisation, there is a palpable shift in the way we function. There is more transparency and democracy. Rahul Gandhi, in the past five years, has evolved his style of functioning to connect with the workers at the grassroots," he said.

Talking about Prime Minister Narendra Modi and his popularity, Singh said today he stands exposed "as a liar and a deceiver, who is only obsessed with staying in power".

"I doubt Modi has any craze or charm left anywhere in India after five years as prime minister. People had lot of expectations, there was hope among the people but they were taken in by his hyped promises of jobs, doubling of farm income, money in every account etc," he said.

Referring to cover story of Time magazine, he described Modi as a "divider in chief". Talking about the main issues in the Lok Sabha elections in Punjab, Singh said the incidents in Bargari are dominant in the state. Bargari is a place in Faridkot Lok Sabha constituency where sacrilege of the Sikh holy book took place in May 2015.

When asked about Sam Pitroda's controversial comment on 1984 communal riots, Singh said it should not be dragged as he has apologised for it.