The minister also conducted a road show ahead of filing her nomination for the ensuing Lok Sabha polls. 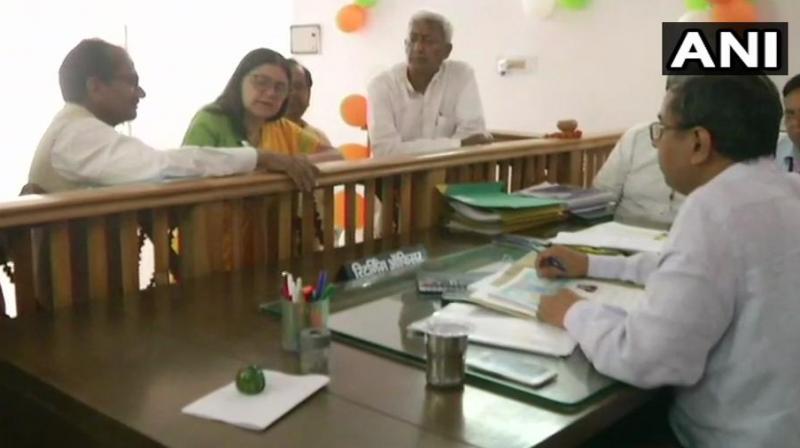 Maneka Gandhi had previously been elected on a BJP ticket from Pilibhit constituency in Uttar Pradesh. (Image: ANI)

The minister also conducted a road show ahead of filing her nomination for the ensuing Lok Sabha polls.

Speaking to news agency ANI before nomination, Maneka Gandhi said, "The development works in Sultanpur, if I am elected, will continue in the same way they did in my previous constituency."

Maneka Gandhi asserted that the work initiated by Prime Minister Narendra Modi will "trump" the SP-BSP-RLD alliance in Uttar Pradesh. "I am sure that BJP will win the election and form government," she added.

Maneka Gandhi had previously been elected on a BJP ticket from Pilibhit constituency in Uttar Pradesh. However, her son Varun Gandhi will be contesting the ensuing polls from this seat.

There are 80 Lok Sabha seats at stake in Uttar Pradesh. Out of these, eight seats went to polls on April 11 while an equal number of seats is witnessing polling today.

The remaining seats will go to polls in the next five phases. Counting of votes will take place on May 23.