Dalits constitute almost 17 per cent of the population in India, excluding schedule tribes. 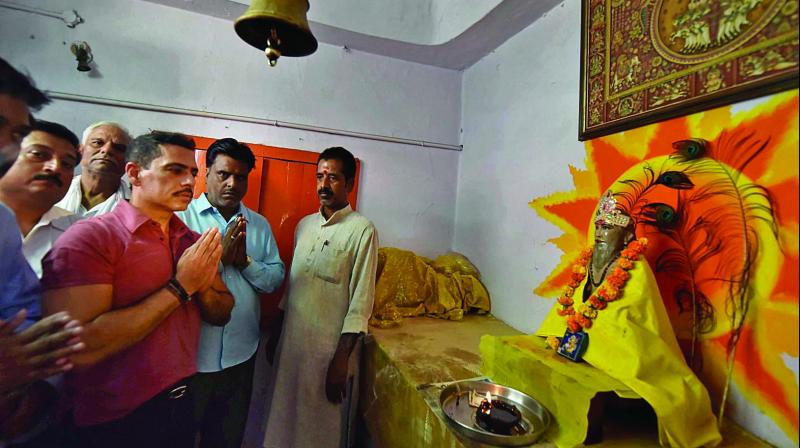 New Delhi: In a bid to counter the growing influence the BJP has over the dalit community, who substantially voted for the saffronites in the recently concluded Uttar Pradesh Assembly elections, the Congress launched a website called “questforequity.com” on the 126th birth anniversary of B.R. Ambedkar.

After the party’s total rout in UP, the Congress high command has realised that the dalit vote has moved to the BJP. The dailts, who had voted overhwlemingly in favour of the BJP during the last Lok Sabha elections, kept up the trend in UP Assembly elections as well.

To regain it’s appeal, the Congress, through the website and discussion with dalit thinkers, intends to carry out a “critical analysis of contemporary socio-economic and political issues”.

AICC vice-president Rahul Gandhi intends to have a relook at the dalit policies being carried out by successive regimes and “change accordingly”, sources said. Of course, by launching the website and holding talks, the party also intends to project its “empathy” and “support” for the community, sources said. A senior Congress functionary said that to “understand the situation, one has to continuously study why and how marginalised groups are discriminated against or excluded”. After losing power in 2014, the Congress has been keen to raise dalit issues.

Mr Gandhi went to Mhow in Madhya Pradesh on the occasion of the Ambedkar’s birth anniversary.

The website contains over 300 archival pictures of  Ambedkar, 97 scans of his correspondence, a copy of the original Constitution of India and the full transcripts of the Constituent Assembly debates.

The website has over 200 papers and reports of diverse scholars and organizations working on issues of inequality, discrimination, poverty etc.

“This website therefore aims to be the definitive platform for data, research and legislation on issues related to SC/ST,” a party functionary said. The Congress eventually also intends to include issues relating to minorities in this website.