Naval Kishore Shakya said that he was impressed with the policies of the Samajwadi Party and had decided to join it. 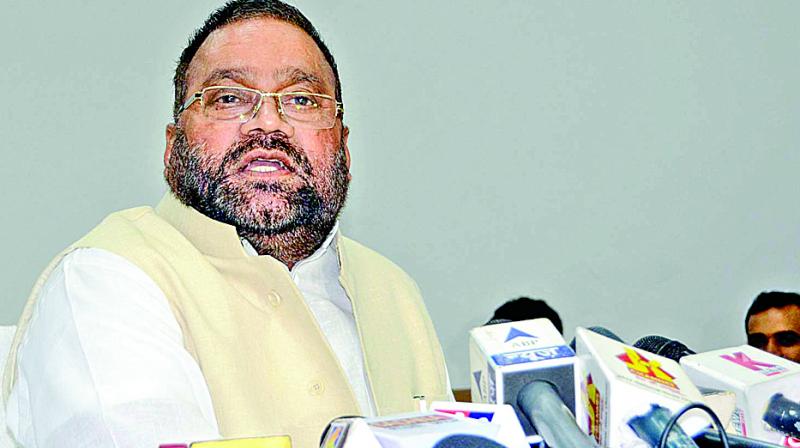 Lucknow: In another jolt to the BJP in UP, Naval Kishore Shakya, son-in-law of UP minister Swami Prasad Maurya, on Saturday joined the Samajwadi Party.

Last month, Mr Maurya’s nephew Pramod Maurya had joined the SP and had claimed that Mr Swami Prasad Maurya was feeling uncomfortable in the BJP and would join SP sooner or later.

Mr Naval Kishore Shakya said that he was impressed with the policies of the Samajwadi Party and had decided to join it.

Talking to reporters on the occasion, SP president Akhilesh Yadav said that people had begun to realise that the BJP was not fulfilling any of its promises and that it was the Samajwadi Party alone that was capable of ensuring development.

He said that his party’s recent victory in the Lok Sabha by-elections had made UP chief minister Yogi Adityanath finally talk of development. “The chief minister is now talking of digital India and is taking interest in developmental projects”, he said.

Mr Yadav said that the people were angry with the BJP for not fulfilling its promises. “If the by-elections had been held through ballot papers, the people would have expressed their anger by stamping hard on the ballot papers and our victory margin would have been greater”, he added.

Replying to a question, Mr Akhilesh Yadav said that if the Congress joined the SP-BSP alliance, it would be a welcome move.

Mr Yadav further said that the BJP talks of checking corruption but if it was serious on this issue, it would not have fielded an additional candidate for the Rajya Sabha biennial polls.