The Punjab Congress Chief said that had decided to contest from Lambi in his last election only to ‘teach the Badals a lesson.’ 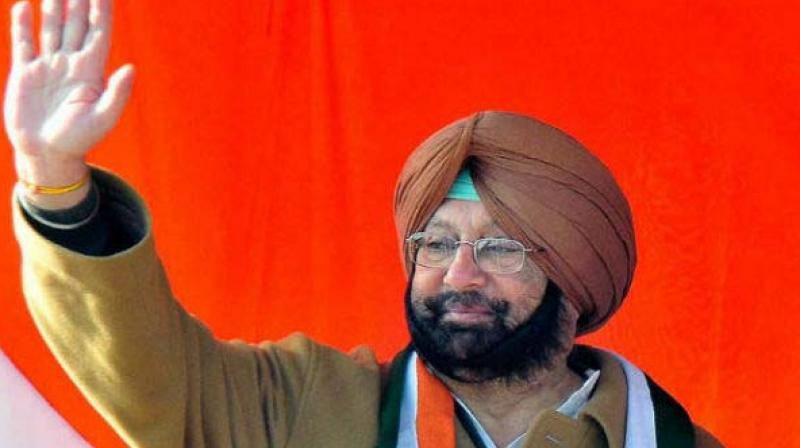 Lambi: Taking the Badal family head-on in their stronghold Lambi, Punjab Congress chief Amarinder Singh said he will throw several OSDs and aides of Deputy Chief Minister Sukhbir Singh Badal in jail within 24 hours of his party forming government in the state.

Addressing his first public rally in Lambi after filing his nomination papers from the assembly constituency, Singh said the entire Badal clan, along with Bikram Singh Majithia, would also "find themselves behind bars" if found guilty of sacrilege and drugs trade.

"The day we come to power, within 24 hours, I will have Sukhbir's OSDs Dyal Singh Kolianwal (also an SGPC member) and Satinderjeet Singh Mantta as well as the Badals' close aide Tejinder Singh Middhukhera behind bars for atrocities to which they have subjected the people at the instigation of their political bosses," he said.

Informing that he had decided to contest from Lambi only to "teach the Badals a lesson", Singh said the day he wins the seat, Parkash Singh Badal "will run away and never show his face again."

Accusing Badal of "ruining" the state, and the entire "Badal clan", along with Bikram Singh Majithia of destroying Punjab's youth with drugs, the state Congress chief said that he "would not spare any of them."

He expressed serious concern over the problem of drugs in the state and vowed to rid the people of the menace.

Slamming Badal for trying to "polarise" the state on communal lines through incidents of sacrilege, Singh said he would get all such instances thoroughly probed and punish those found guilty.

He accused the Badals of "taking over" all key businesses in Punjab to "promote their family interests" and claimed the youth are suffering due to unemployment and farmers are committing suicide.

Informing that this is his last election, Singh urged the youth to come forward and "save" the state from the clutches of "such people who were out to loot and ruin them".

The Congress leader also came down heavily on AAP candidate Jarnail Singh, dubbing him an "outsider" and "chosen" to help Parkash Singh Badal win from Lambi.

"AAP national convener Arvind Kejriwal and his party have ruined Delhi, with no development or governance worth mentioning. Nineteen of his MLAs are embroiled in cases,” Singh alleged, adding, "They now wanted to ruin Punjab where they are bringing in thousands of outsiders to wreak havoc."

"This shows that AAP has absolutely no place for Punjabis. This is the land of Punjabis and they will not tolerate such an assault on their psyche," he said.