No rift between JD(U), BJP; will fight Bihar polls under Nitish's leadership: Shah

Nitish Kumar's Janata Dal United and the BJP are in a coalition government in Bihar. 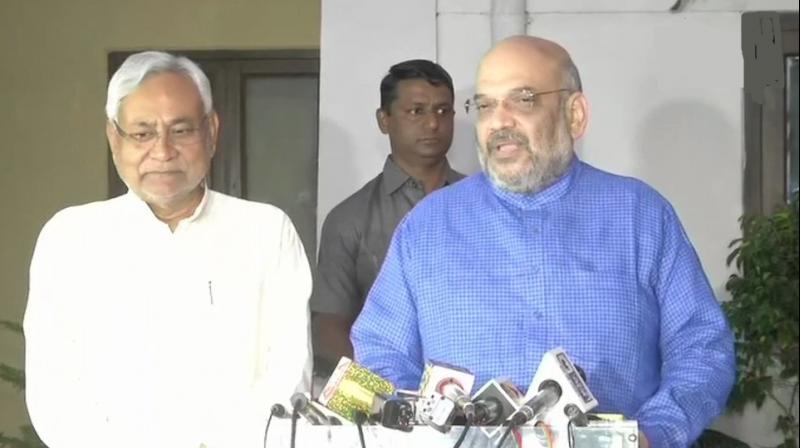 Shah's clarification came as a big relief for all those working behind the scenes to ensure the alliance remains intact. (Photo: File)

Patna: The Bharatiya Janata Party national chief Amit Shah said Nitish Kumar would remain the Chief Minister of Bihar after the 2020 Assembly election and the BJP would fight under his leadership.

"The Janata Dal (United) and the BJP will go to polls together and we will fight polls under the leadership of Nitish ji. This is absolutely clear," Shah said in an interview to News18 on Wednesday.

Nitish Kumar's Janata Dal United and the BJP are in a coalition government in Bihar. Shah admitted there were some differences over who would lead the campaign but he clarified differences are signs of a healthy relationship and there should be no "manbhed" (argument) on this.

Shah's clarification came as a big relief for all those working behind the scenes to ensure the alliance remains intact, reported NDTV.

Speculations about the rift between the allies were widened when no BJP leader or MLA showed up for a Dussehra event in Patna's Gandhi Maidan which was attended by Nitish Kumar. The Bihar assembly election is due next year.