India   Politics  17 Oct 2019  Had it not been for Savarkar, 1857 rebellion wouldn't have been history: Amit Shah
India, Politics

Had it not been for Savarkar, 1857 rebellion wouldn't have been history: Amit Shah

The Union Home Minister remembered Mahamana Pandit Madan Mohan Malaviya and thanked him for setting up the BHU. 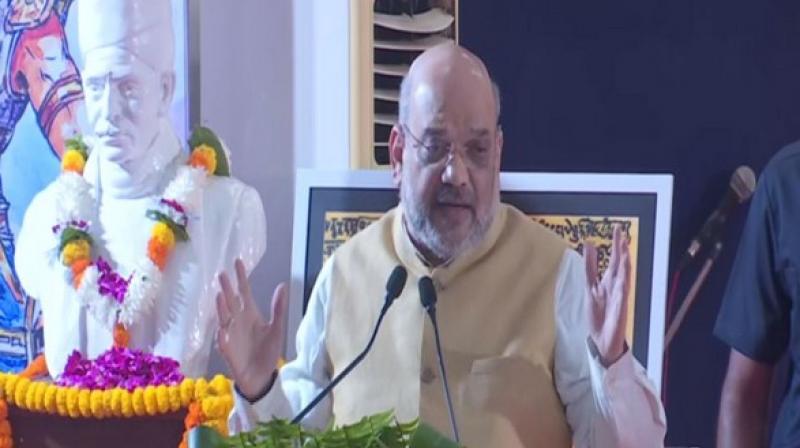 Varanasi: Amidst BJP proposing up the names of Vinayak Damodar Savarkar for Bharat Ratna in its manifesto for the Maharashtra state assembly elections, Union Home Minister Amit Shah on Thursday credited Savarkar for coining the 1857 rebellion as the First War of Indian independence.

"Had it not been for Veer Savarkar, the rebellion of 1857 would not have been history, we would have seen it from the point of view of British. Veer Savarkar was the one who named the 1857 rebellion as the first independence struggle," Shah said addressing a seminar at the Banaras Hindu University (BHU) here.

Shah inaugurated the two-day international seminar being held to discuss "the role and relevance of famous ruler of Gupta Dynasty, Skandagupt Vikramaditya and the political future of the nation" at the BHU campus.

The event was also attended by Uttar Pradesh Chief Minister Yogi Adityanath and other dignitaries.

The Union Home Minister remembered Mahamana Pandit Madan Mohan Malaviya and thanked him for setting up the BHU, which according to Shah had played a key role in rebuilding the nation post-independence.

"Whatever might have been on the mind of Pt Madan Mohan Malviyaji at the time of the establishment of BHU, but this university has played a key role propagating Hindu culture and has stood tall to protect it," Shah said.

"After hundreds of years of slavery it is very difficult for any person to reinstate the pride, only a university can do this. These universities are the reason why we are happy with the present-day image of the country and are assured about its future too," Shah added.

Urging historians and writers to present the true Indian and not the British version of history he said, "It is the duty of every country to preserve and nurture its history, it is the duty of the public and of the country's historians. Till when do we keep on criticising the Britishers for it. Today the country is independent, edit our history and write out new manuscripts. I am sure the truth in our history will make it famous."

Shah urged the historians to write more about the great rulers like Skandagupta, Chandragupta and others who had been not given enough due in the existing documented history.