The minister said as per section 200 of the act, Kerala govt has issued notification revising compounding fee with effect from September 1. 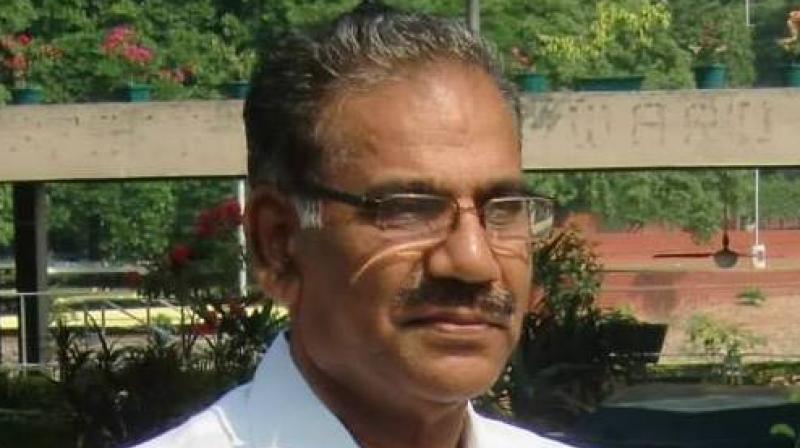 State transport minister A K Saseendran in a letter to Union Road Transport Minister Nitin Gadkari requested flexibility to fix fines under the ammended Motor Vehicles Act at rates proportionate to the gravity of the offences and which are affordable by all. (Photo: Twitter)

Thiruvananthapuram: State transport minister A K Saseendran in a letter to Union Road Transport Minister Nitin Gadkari requested flexibility to fix fines under the ammended Motor Vehicles Act at rates proportionate to the gravity of the offences and which are affordable by all.

"The fines fixed in the Act as per the proposal of the Government of India are very high and disproportionate to the gravity of offences. Hence, there is large scale public protest in this regard," he said in the letter.

The minister said that as per section 200 of the Act, Government of Kerala has issued the notification revising the compounding fee with the effect from September 1.

The minister urged Gadkari to restore earlier provisions of the Motor Vehicles Act, which gave State the flexibility for fixing the compounding fee proportionate to the gravity of offences.

He also highlighted that only four states have issued the notifications till now and certain States have openly declared that they will not be implementing new provisions of the Act.

"Reduce the fine and imprisonment in respect of other offences which do not come under section 200 of the Motor Vehicles Act. Remove the provisions allowing privatisation of the sector as was suggested by State Government several times to Government of India," he added.

Saseendran further requested the Union Transport Minister, a one-time measure to permit the NRIs having expired license to renew it without undergoing the test as applicable earlier.

"Kerala is having a large population of NRIs who generally come only once in 5 years to the state. They are finding it difficult to renew their license as the earlier provision of allowing renewal within 5 years of expiry has been changed to within one year," he said.

He continued: "Taking further tests in case of non-renewal within one year is a hardship as no exemption is given to those who could not renew it in last 1-5 years. Hence as a onetime measure, those who are having a license which expired in the last five years may be permitted to renew without undergoing the test as was applicable till September 1st."