Taking dig at successive governments led by Cong, Shah said during their tenure, there was policy paralysis and govt had no direction. 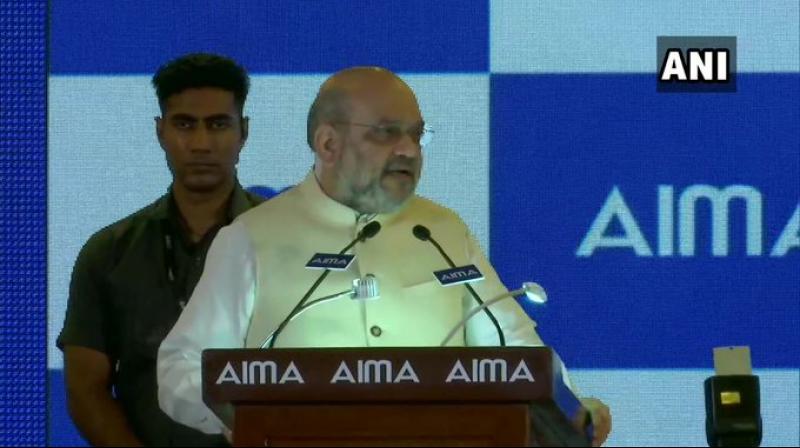 BJP’s victory in 2019 made history by becoming the first single party in India in three decades to win the majority. Over the last decade, political parties have broadly been divided into two groups, the UPA and the NDA. (Photo: ANI)

New Delhi: Union Home Minister Amit Shah on Tuesday stirred a major controversy today, said that after 70 years of Independence, people are wondering if multi-party democracy has ‘failed’. The makers of the constitution, he said, had envisaged an "equal, prosperous India". They had adopted the multi-party democratic system after studying various democracies across the world so that all sections can have representation, reported NDTV.

But "70 years after Independence, the people of the nation had doubts in their mind if the multi-party parliamentary democratic system had failed. Will it be able to meet our goals? They were disappointed," Amit Shah was quoted as saying by news agency ANI.

BJP’s victory in 2019 made history by becoming the first single party in India in three decades to win the majority. Over the last decade, political parties have broadly been divided into two groups, the UPA and the NDA.

Periodic efforts to create a third front have been made, but stability has been elusive. Between 1989 and 1991, there have been two coalition governments - the National Front government led by VP Singh and one led by Chandrashekar, who headed a minority government of a breakaway faction of the Janata Dal, with outside support from the Congress, according to NDTV.

The United Front government lasted for roughly three years - from 1996 to 1998 - and was led by HD Deve Gowda and IK Gujral.

This year, Telangana Chief Minister K Chandrashekar Rao's efforts to create a non-BJP, non-Congress Front fell flat. Mr Rao had held a series of meetings with various leaders, most have been cool to the idea.

Taking a dig at the successive governments led by the Congress, Amit Shah said during their tenure, there was policy paralysis and the government had no direction.

"There used to be news of corruption every day, borders were insecure, soldiers were beheaded, women felt unsafe and people protested on the roads every day...  The government was politically paralysed. No decisions were taken," he said.

The government, he said, was such that every minister considered himself the Prime Minister but did not look at the actual Prime Minister as one, he said in what was seen as a dig at Congress's Manmohan Singh, who led the country for a decade.

"Some governments work for 30 years and take one big decision, but our government worked for five years and took over 50 major decisions, including GST, demonetisation, airstrikes, etc. No one else dared take it during their tenure," Shah was quoted as saying by ANI.