The rebel MLAs in petition said action of the Speaker was 'arbitrary', 'unreasonable' and violation of Constitution. 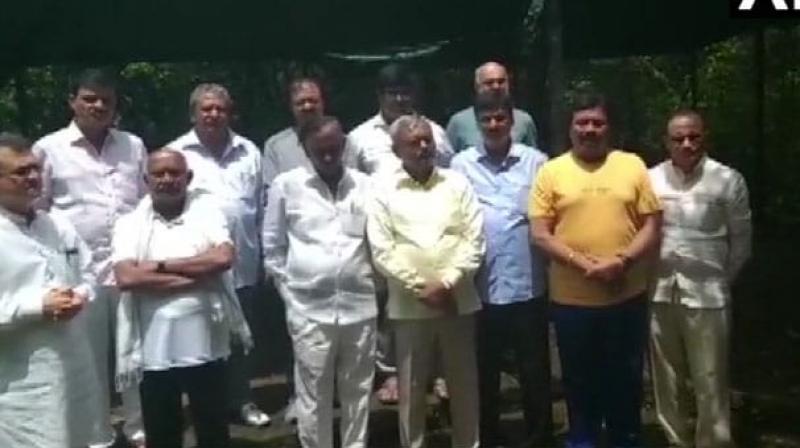 The Supreme Court is likely to hear the petitions challenging the disqualification of some of the 17 rebel MLAs of the Karnataka assembly on Tuesday. (Photo: File)

New Delhi: The Supreme Court is likely to hear the petitions challenging the disqualification of some of the 17 rebel MLAs of the Karnataka assembly on Tuesday. By-elections have to be held in the state if the court decides to uphold the disqualifications.

The rebel MLAs in the petition said the action of the Speaker was "arbitrary", "unreasonable" and violation of the Constitution.

Karnataka Assembly speaker KR Ramesh Kumar had then disqualified 13 MLAs from the Congress. Three from the JDS had resigned and two Independent MLAs had switched sides, leading to the fall of the Kumaraswamy-led government.

Thirteen MLAs from the Congress and three from the JD(S) had resigned, and two Independent lawmakers who were supporting the government switched sides, bringing down the numbers of the government. After days of high-drama and heated debates, the government failed the trust vote, leading to the formation of the BJP government led by B S Yeddiyurappa on July 26.

The Congress and the JD(S) had alleged that the BJP had used money power to persuade the MLAs to resign. Both parties had expelled the rebels.

The top court will, however, hear the petition of the nine MLAs including Congress rebels Ramesh Jarikiholi, K Sudhakar and Roshan Baig on Wednesday. Though the other disqualified MLAs have also gone to court, their petitions are not listed for Wednesday’s hearing.