Gujarat, Karnataka, Himachal Pradesh, Nagaland, Meghalaya, Tripura and Mizoram are due to go to the polls. 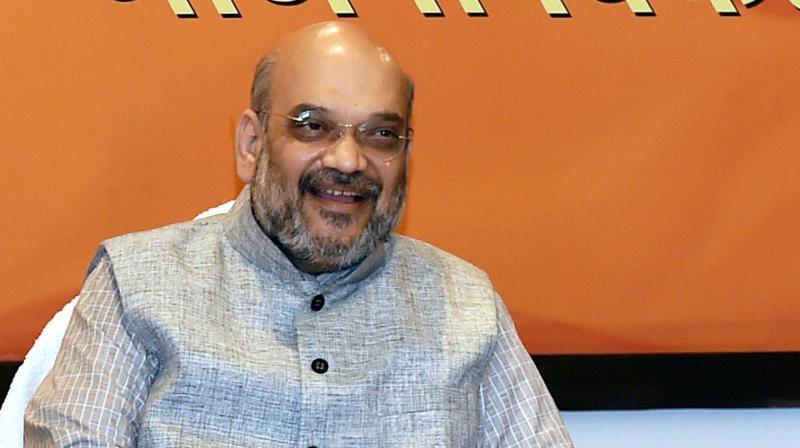 BJP chief Amit Shah is set to visit Himachal Pradesh on Sept. 22 to address a youth rally in the state. (Photo: PTI)

New Delhi: Himachal Pradesh BJP, it seems, is gearing up for a generational shift as speculation is growing that the party leadership could field nearly 40 per cent “new faces” in the Assembly elections due later this year.

There has been growing demand from the party’s workers that “non-performing” MLAs should not be repeated and “new and credible faces” from the saffron cadre should be given more organisational responsibilities, including fielding them in the coming electoral battle in the hill state.

BJP president Amit Shah is scheduled to visit the state on September 22 to address a youth rally. In the last state elections, the Congress won 36 seats, while the BJP managed 26 in the 68-member state Assembly.

Escalating factionalism within the ruling Congress and strong anti-incumbency against party veteran Virbhadra Singh-led government has brought cheer to the saffron camp, which is currently busy giving a final shape to its candidates’ list.

The Kotkhai rape case has only added to the Congress’ woes, whose sitting MLAs are seeking votes for their own “good work” and refraining from mentioning the Congress government or its achievements.

The RSS, it is learnt, has been holding regular meetings with the BJP leaders and giving them feedback on poll-related issues, including probable candidates.

It was at the RSS’ behest that the BJP witnessed a generational shift at the central level after the 2009 poll debacle, and it has been advising the party leadership that its state units also need to go in for the same.

Sources said that earlier this year the BJP high command had engaged a Gujarat-based foundation to seek feedback on various issues, including people’s mood, issues that need to addressed before the polls, likely candidates from each constituency and party members who could be given a bigger role.

The BJP leadership has also been trying to contain factionalism in its state unit, where veteran leaders, including two former chief ministers, wield considerable influence. Factionalism, in fact, was said to be one of the causes for the BJP’s poll loss last time, and since then efforts were being made to bring in a generational shift.

Though the BJP is confident of winning it’s wary of upsetting any faction. That’s why it’s likely to go to the polls without a chief ministerial candidate in Himachal Pradesh, unlike in Gujarat and Karnataka where it has named its CM candidates.

Gujarat, Karnataka, Himachal Pradesh, Nagaland, Meghalaya, Tripura and Mizoram are due to go to the polls.

“Congress is busy playing the Blue Whale challenge (self-destruction)... Even Congress workers have realised that their party is not going to win... The BJP will register a massive win… we will beat our own ‘Mission 50’ target for this polls,” said a senior leader who is involved in the poll related strategies.