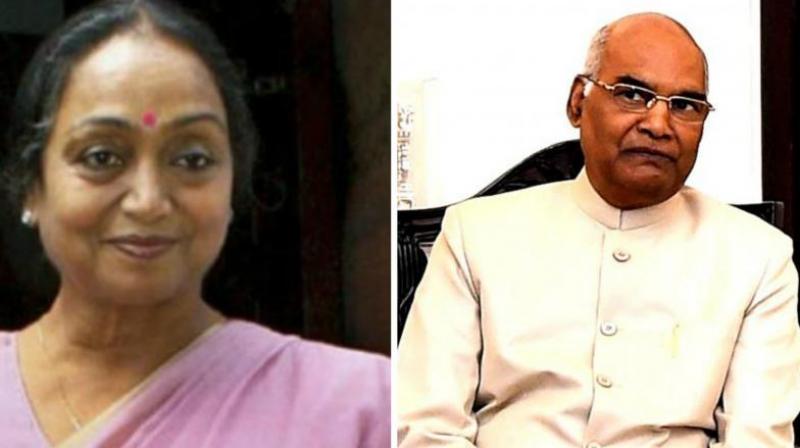 New Delhi: As voting to elect India's next president got underway on Monday, the BJP exuded confidence that its candidate Ram Nath Kovind would win with a "comfortable" margin while the opposition CPI(M) asked the electoral college to vote thoughtfully and uphold the Constitution.

"Kovind ji will win (the election) with a respectable and comfortable margin," Union minister M Venkaiah Naidu told reporters ahead of the polling.

Naidu, however, refused to comment on the BJP parliamentary board's meeting to pick the ruling alliance's vice presidential candidate. Let the presidential poll get over first, he said.

The CPI(M), which is backing Meira Kumar, urged voters, comprising MPs and MLAs, to pick the "custodian of the Constitution" thoughtfully.

With both Kovind and Kumar belonging to the Dalit community, Bahujan Samaj Party (BSP) chief Mayawati expressed satisfaction that a Dalit leader would occupy office of the president irrespective of who won the poll.

Mayawati also claimed it was because of her party that the NDA and the opposition had to field candidates from the community.

"Winning or losing (a poll) is a different issue. Whoever wins, the good thing is a Scheduled Caste person will be the country's president. And I think it is a good thing for our movement, the party.

"And the NDA, the BJP had to field a Dalit candidate for the presidential poll because of the BSP and the other side (the opposition) too," she told reporters outside Parliament.

The voting for the presidential poll began at 10 AM today and will continue till 5 PM.

The results of the poll will be declared on July 20.