Prakash Javadekar even tried to secure JD-S support, held out offer of Cabinet post at the Centre to H.D. Kumaraswamy. 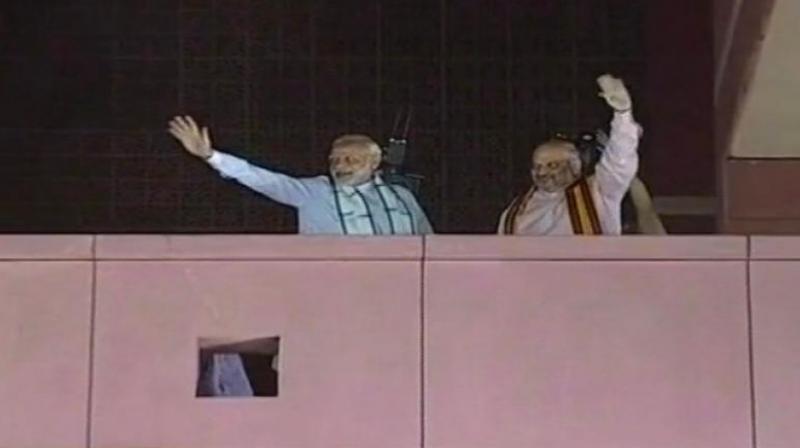 Bengaluru: The BJP and the RSS are not on the same page over the government formation in Karnataka. The reservations of the RSS on the issue of whether the party should form the government even when it does not have a simple majority in the state Assembly were, however, shot down by BJP president Amit Shah, sources said.

Many RSS leaders and even some in the BJP felt that a Congress-JD(S) coalition government might not survive for more than six to nine months even if it was formed and the state could have another Assembly election along with the Lok Sabha polls in 2019. But Mr Shah was not convinced and wanted the BJP to form the government at any cost, sources said.

Mr Shah even directed Union minister and Karnataka in-charge Prakash Javadekar to try and convince JD(S) supremo H.D. Deve Gowda to back the BJP, but the attempts to meet Mr Deve Gowda failed, after which Mr Javadekar held a meeting with JD(S) state president H.D. Kumaras-wamy at a hotel here. The BJP leader advised Mr Kumaraswamy to think about the long-term gains of a pact with the BJP as coalition with the

Congress could be detrimental to his party’s prospects in the Old Mysuru region where the Congress and JD(S) are arch-rivals and vie for the same votebank.

Mr Javadekar reportedly even offered a Cabinet berth at the Centre to Mr Kumaraswamy and assured him that his brother, H.D. Revanna would hold an important post like that of deputy chief minister in the Cabinet. However, Mr Kumaraswamy politely told him that the decision would have to be taken by Mr Deve Gowda and the BJP had to talk to him. No pact could therefore be struck between the two parties.