The booths, where re-polling took place, include 63 in Murshidabad, 52 in Coochbehar, 28 in West Midnapore and 10 in Hooghly among others. 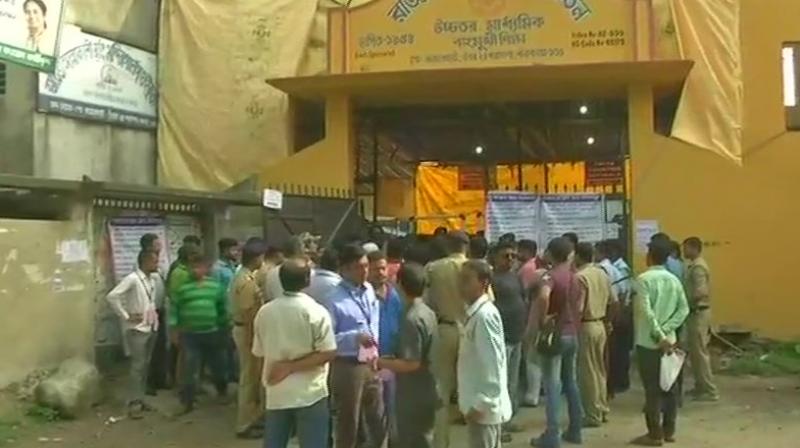 Kolkata: The results for the West Bengal panchayat polls will be announced on Thursday.

The state witnessed violence in a number of places during the panchayat polls, which was held on May 14, due to which re-polling was held on Wednesday in 568 panchayat election booths spread across 19 districts of the state.

The booths, where re-polling took place, include 63 in Murshidabad, 52 in Coochbehar, 28 in West Midnapore and 10 in Hooghly among others.

Below are the live updates:

02.20pm: Clashes broke out between TMC and BJP workers oustide a counting centre in Birbhum. Security personnel had to resort to lathicharge to control the crowd. Watch video below: 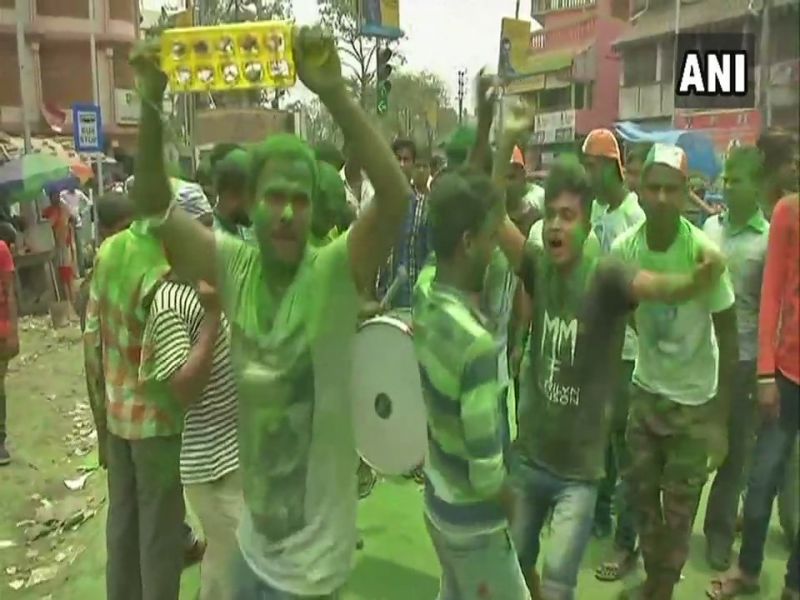 10.34am: Clash between Trinamool Congress and BJP workers outside counting centre at a college in Chopra of North Dinajpur district. BJP supporters block NH31 that connects Kolkata and Siliguri in protest.

West Bengal: Inside visuals from a counting centre in North 24 Parganas, as counting of votes for #PanchayatElection is underway pic.twitter.com/SIGOXze5ET

10.20am: Police seize 40 mobile phones from a counting centre set up at Jalpaiguri’s Polytechnic Institute.

10.14am: BJP comes second in most places ahead of CPI(M), according to initial trends.

9.45am: Trinamool Congress wins six gram panchayat seats and is ahead in most of the seats where counting is underway.

Counting of votes for #PanchayatElection has started in 6 districts of North Bengal; Visuals from outside a counting centre in Cooch Behar pic.twitter.com/9UYINB9b4U

8:48am: Counting of votes delayed at a counting centre in North 24 Parganas, reports news agency ANI.

Counting of votes for West Bengal #PanchayatElection delayed at a counting centre in North 24 Parganas pic.twitter.com/rVDIYJbNp0

8.35am: Counting for gram panchayats will take place first. Then ballots for panchayat samitis will be counted and those for zilla parishads will come up last.

8.30am: Counting has started for the Bengal panchayat elections. Counting is taking place in 291 centres in 20 districts in which elections took place.

The panchayat elections in West Bengal saw huge-scale clashes on Monday between the Bharatiya Janata Party (BJP) and the Trinamool Congress (TMC) workers, resulting in the death of at least 12 people.

While addressing a meeting at BJP headquarters in New Delhi, Prime Minister Modi tagged the violence as "murder of democracy".

"There is one more thing I want to talk about...the scenes from the Panchayat Elections in West Bengal. It was nothing but a murder of democracy. From the nomination stage to the day of polling, where was the spirit of democracy? People were bullied," Modi said.

The State Election Commission had ordered the re-poll, following complaints of violence during the polls on Monday. The poll panel later urged the state government and the police to make elaborate security arrangements so that polling can be held in a free and fair manner.

The Congress, Communist Party of India (Marxist), Revolutionary Socialist Party (RSP) and other parties of the Left Front also staged a protest outside State Election Commission in Kolkata against the incidents of violence.

Taking note of the incident, the Ministry of Home Affairs also sought a report from the state government regarding incidents of violence during Panchayat Election in the state.