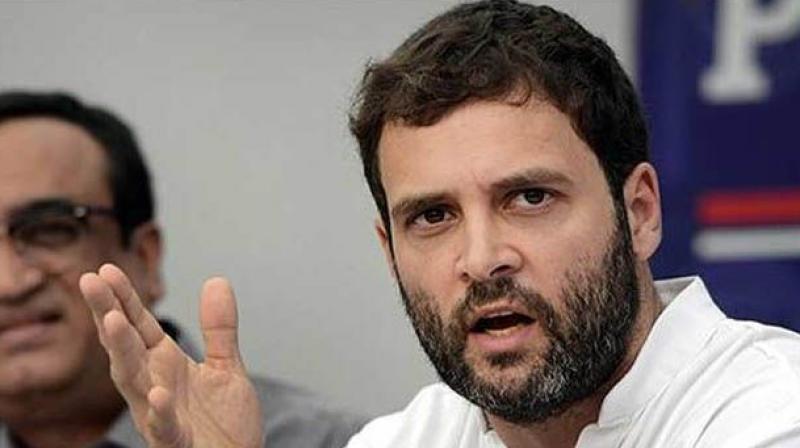 New Delhi: On the third anniversary of the NDA government, Congress vice-president Rahul Gandhi, in a series of tweets, asked the government what was the celebration all about after its three years in power.

“Youth are struggling to find jobs, farmers are committing suicide & soldiers are dying at the border. What exactly is the Government celebrating?” Mr Gandhi said in a tweet.

“3 years of broken promises, non performance & betrayal of a mandate.”

Mr Gandhi has been attacking the government over the agrarian crisis prevailing in the country and also on the lack of job creation.

A power point presentation, titled “3 saal 30 Tikdum”, was shown highlighting the failures of the government.

It also attacked the government for renaming and rebranding schemes started by the UPA government as their own.