Opposition stages walkout in UP House 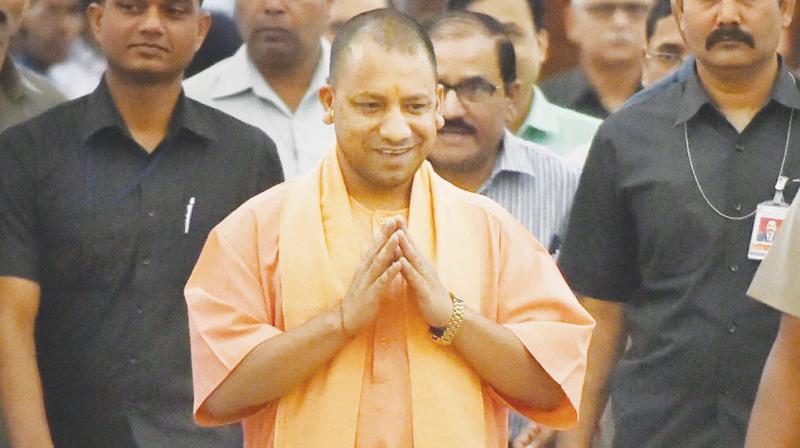 Lucknow: Even as the Speaker of the UP Assembly, Hriday Narain Dixit, rejected the Opposition’s notices for adjournment of the day’s proceedings to discuss the law and order situation in the state, the Opposition continued to disrupt the Assembly on Tuesday.

As soon as the House convened, Leader of the Opposition Ram Govind Chaudhary (SP) claimed that murder, dacoity and loot have become the order of the day and demanded immediate admission of the adjournment notices to discuss the “deteriorating” crime situation in the state.

The demand for an immediate discussion was supported by the BSP and the Congress.

The Speaker pleaded with the agitated Opposition members to allow the Question Hour to run and the issues raised by them could be taken up later during Zero Hour.

Parliamentary affairs minister Suresh Khanna claimed that the law and order situation was well under control and added that the SP members were frustrated over their recent defeat.

At this, the Congress members staged a walkout in protest.

Chief minister Yogi Adityanath intervened and said that some recent incidents were “unfortunate”, but said that he had asked the DGP to deal firmly with anti-social elements.

“My government will maintain its zero tolerance policy on the law and order issue.

“The Samajwadi Party should also recall the Jawahar Bagh incident which took place during its regime. We are not going to discriminate against anyone and neither will we work for the appeasement of any group or community,” he said.

The chief minister said that his government was two-months old and he could assure that there will be no political patronage to criminals in his regime.

The chief minister also referred to the Saharanpur violence and said that a local organisation and a former local legislator were responsible for the violence.

At this, the BSP members were up on their feet, denying the involvement of their former legislator in the incidents and staged a walkout in protest.

Leader of the Opposition Ram Govind Chaudhary said that drastic steps were needed to improve the law and order system. “Polio affected children cannot become healthy,” he said to which parliamentary affairs minister Suresh Khanna said, “The SP has left behind a polio-afflicted system and we will set it right.”