A final announcement has not been made on the alliance. 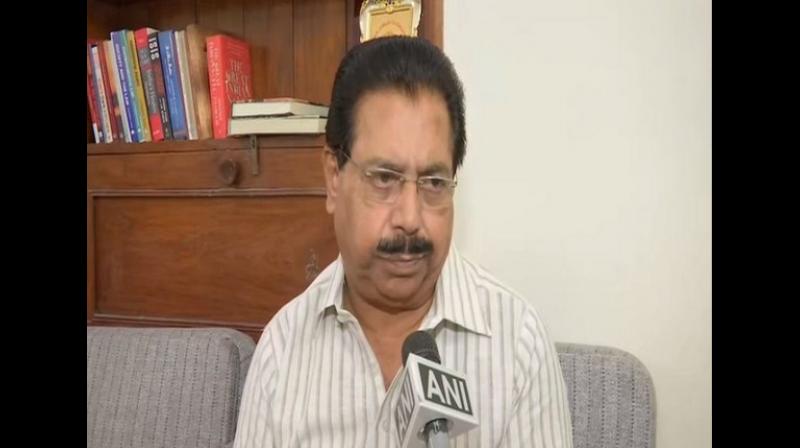 Congress leader PC Chacko on Wednesday said that Congress-Aam Admi Party seat sharing discussion is in its final stage and is being only fine-tuned now. (Photo: ANI)

New Delhi: Congress leader PC Chacko on Wednesday said that Congress-Aam Admi Party seat sharing discussion is in its final stage and is being only fine-tuned now.

"We had a discussion with AAP, the AAP-Cong alliance is at its final stage. Only fine tuning is left for Delhi and talks are on for some other state," he said.

His comments come in the wake of a series of flip-flops by leaders of both parties over the past several weeks with Congress and AAP looking to seal an alliance in Delhi, Haryana, and Chandigarh for the ongoing Lok Sabha elections. Dushyant Chautala's Jannayak Janata Party (JJP).

AAP leader Sanjay Singh, however, denied any talk finalisation saying "in order to stop BJP we were ready for an alliance with Congress, but Congress is not in a mood for any coalition. It is a matter of sadness, that even after so many efforts; Congress is not ready for any kind of compromise."

According to sources, the stalemate is triggered by Sonipat seat in Haryana, which they say Bhoopinder Singh Hooda is adamant on not conceding.

A final announcement has not been made on the alliance.

"AAP wanted to have an alliance in other states also which is not practical. Every state is different. We will announce the seats tomorrow or day after tomorrow. If they are ready for an alliance in Delhi with Congress, we are ready even today," Chacko had earlier said on Friday regarding a possible tie-up with AAP.

On Monday Rahul Gandhi had said while the doors of his party are open to an alliance with AAP, time is running out. Delhi Chief Minister Arvind Kejriwal hit back at Gandhi questioning what U-turn was he talking about as the talks were still on.

Elections in Delhi will be held in the sixth phase on May 12 for all 7 Lok Sabha seats. The counting of votes will be done on May 23.