Age no bar: 116-year-old to cast his vote in Karimganj

Mahamud Ali, the 116-year-old is also a freedom fighter. He has also appealed young voters to cast their vote. 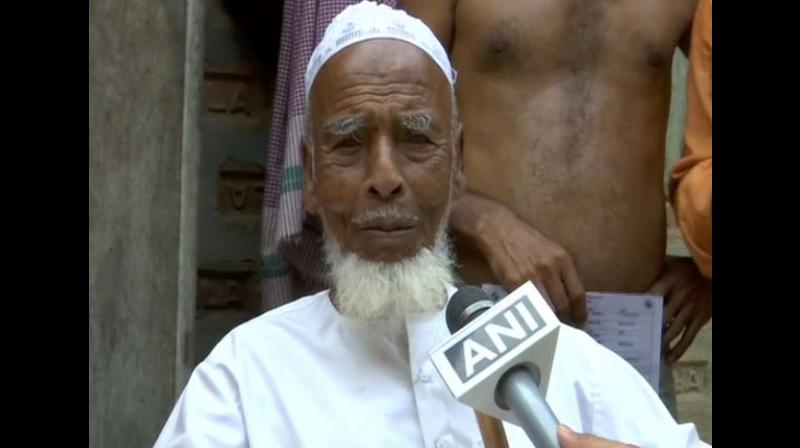 'It is because of this democracy that we do not have hunger and poverty like those times,' says Mahamud Ali, the 116-year-old-voter. (Photo: ANI)

Karimganj: A 116-year-old resident of Karimganj will cast vote in the second phase of the ongoing elections at this age in a country where average life expectancy is around 70 years.

A resident of Karimganj district, Mahamud Ali is also a freedom fighter.
Speaking to ANI, Ali said: "I will definitely go to cast my vote. I also appeal to young voters to come out and vote. A lot of things have changed but many other things are yet to change."

"Even after Independence, people living in this area used to die due to starvation. But situations have changed now. It is because of this democracy that we do not have hunger and poverty like those times," he said.

Karimganj Parliamentary seat will go to polls in the second phase on April 18.