In the coming two years, the PM wants to double the revenue receipt to Rs 26 lakh crore, he added. 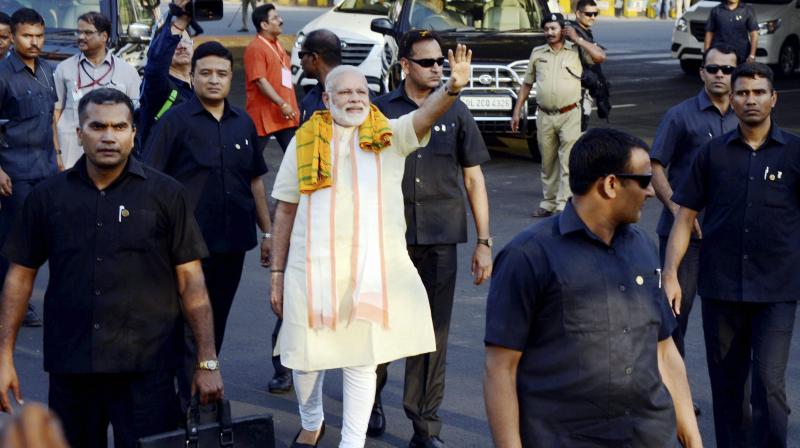 Briefing mediapersons about the “main contents” of the PM’s address, Union shipping and road transport minister Nitin Gadkari said the Mr Modi said since more and more people were voting for the BJP in successive elections, it was the responsibility of the elected leaders to adhere to the norm of P2 and G2 to live up to their expectations through good work and efficient and transparent administration.

“The PM said, a few years ago the leaders of rival political parties were taunting the BJP leaders saying ‘Hum Do, Hamare Do’ as we had only two members in the Parliament. Now, those parties have almost lost their significance in Indian politics and the BJP has emerged as the largest ruling party. Mr Modi, while cautioning the party leaders against any slackness in view of the growing popularity of the party and recent Assembly polls victories, called for working hard to wipe out tears of every Indian,” said Mr Gadkari.

Mr Modi, said Mr Gadkari, told the National Executive that when his government came to power in 2014, the total revenue receipt was Rs 13 lakh crore which has now gone up to Rs 20 lakh crore. In the coming two years, the PM wants to double the revenue receipt to Rs 26 lakh crore, he added.

On the triple talaq system, the minister informed, the PM said the endeavour should be made to provide social justice to women who undergoes the agony of this system.

“The PM categorically said the BJP does not want to create clashes in the in Muslim society by taking a certain stand on talaq,” Mr Gadkari said.