Under an agreement, India is to invest $85 million for equipping the Chabahar port in southeastern Iran. 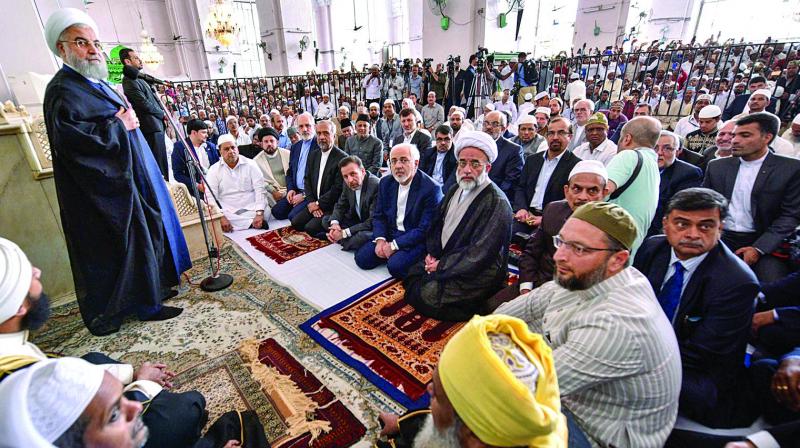 Iranian President Hassan Rouhani, who is on a three-day visit to India, said the current century belongs to Asia where New Delhi and Tehran have an important role to play.

The Chabahar port in the Gulf country will open up the transit route for India to Iran and Afghanistan (bypassing Pakistan), Central Asian countries and Europe,  he told a congregation at the historic Mecca Masjid here after offering Friday prayers.

Under an agreement, India is to invest $85 million for equipping the Chabahar port in southeastern Iran.

“Iran has abundant oil and natural gas resources and is willing to share them with India for its progress and prosperity of (its) people,” he said.