Laying emphasis on her position in the party, Gandhi said she is the 'full-time and hands-on' party chief 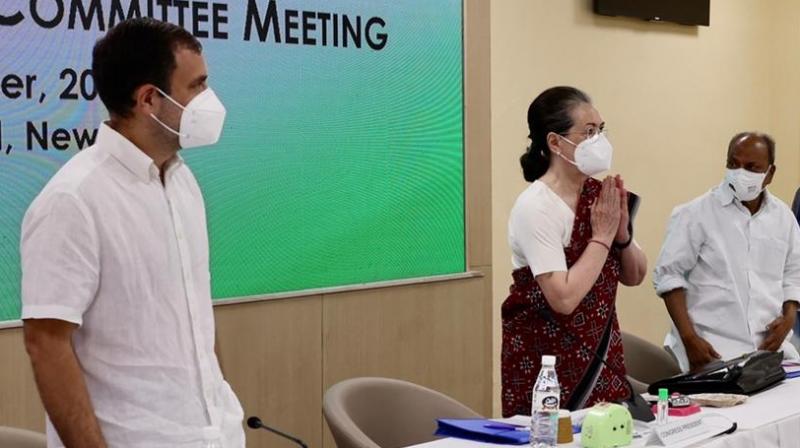 New Delhi: Taking a veiled dig at the group of 23 (G-23) leaders, Congress interim President Sonia Gandhi on Saturday said that there is no need to speak to her through the media adding that she appreciates frankness.

"I have always appreciated frankness. There is no need to speak to me through the media. So let us all have a free and honest discussion. But what should get communicated outside the four walls of this room is the collective decision of the Congress Working Committee (CWC)," she said at the CWC meeting chaired by her at the All India Congress Committee (AICC) office in New Delhi.

A delegation of 23 members (G-23) of Congress in August last year wrote a letter to Sonia Gandhi demanding a slew of organisational reforms. Ahead of the meeting, the G-23 leaders demanded elections for CWC members, Central Election Committee (CEC) members, and Parliamentary Board Elections.

"Undoubtedly, we face many challenges but if we are united, if we are disciplined and if we focus on the Party's interests alone, I am confident that we will do well. The respective General Secretaries and In-Charges will be briefing us on the states individually and so I will not like to say anything more now on this subject," noted Gandhi.

Laying emphasis on her position in the party, Gandhi said she is the "full-time and hands-on" party chief.

Earlier, senior party leader Kapil Sibal, who is a member of the G-23, had said that the party leaders are unaware of who is taking the decisions in the party as there is no president.

Sonia Gandhi was made interim president by CWC after Rahul Gandhi stepped down as the president of AICC accepting the responsibility of poll debacle in the 2019 general elections.