He asked Das to issue a public apology within a week, otherwise he would take legal course against the chief minister. 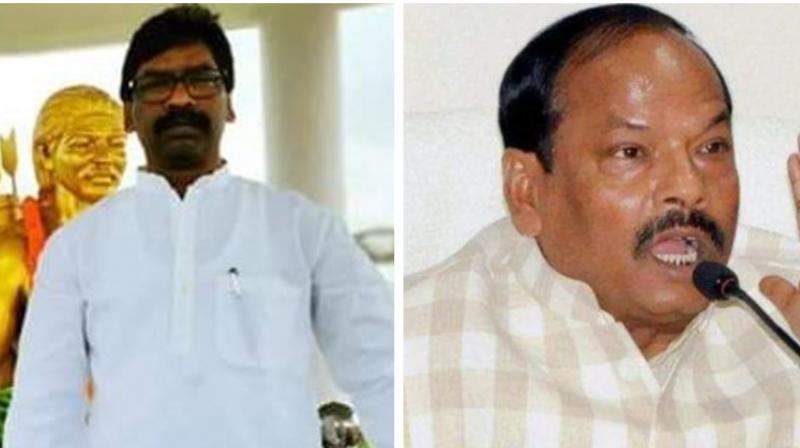 Soren accused Das of defaming him and said his allegations were being published in newspapers. (Photo: Twitter | PTI)

Ranchi: Former Jharkhand Chief Minister Hemant Soren on Sunday said he has sent a legal notice to Chief Minister Raghubar Das, demanding an apology for accusing him of land grabbing.

The BJP termed the notice ridiculous and alleged that "a frustrated Hemant Soren is resorting to all manoeuvres". Soren, who is the working president of Jharkhand Mukti Morcha (JMM), told reporters here that he sent Das the notice, asking him to withdraw the allegations that he had purchased property worth Rs 500 crore.

He asked Das to issue a public apology within a week, otherwise he would take legal course against the chief minister.

Soren accused Das of defaming him and said his allegations were being published in newspapers. Reacting to the notice, BJP's state unit spokesman Pratul Shah Deo said it was ridiculous as "a frustrated Hemant Soren is resorting to all manoeuvres".

"Hemant Soren should clarify whether his property is worth more or less than Rs 500 crore. As he is in public life he should tell the people about the market price of his property," Shah Deo said in a press statement.

"The world knows that the Soren family has registered land in the state and has constructed 'Soharai Bhavan' with five-star facilities, violating Chhotanagpur Tenancy Act and Santhal Pargana Tenancy Act," he alleged.

Asserting that there was no taint on the Raghubar Das government, he claimed that Soren had levelled baseless allegations against it in the last five years with an aim to tarnish its image.