With over a year left of his term as a Rajya Sabha member, Shekhar resigned as a lawmaker and Samajwadi Party member on Monday. 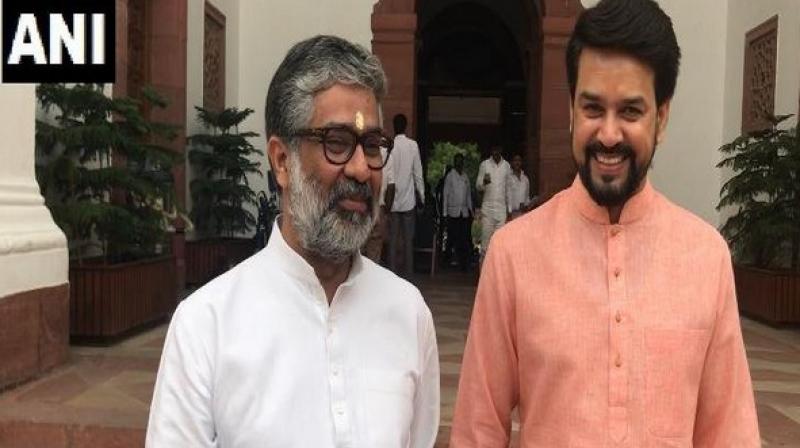 New Delhi: Amid strong speculations of former Samajwadi Party leader Neeraj Shekhar joining the BJP, he was spotted with Union Minister Anurag Thakur in the Parliament premises on Tuesday morning.

With over a year left of his term as a Rajya Sabha member, Shekhar resigned as a lawmaker and Samajwadi Party member on Monday.

According to sources, Shekhar, the son of former Prime Minister Chandra Shekhar, also met Union Home Minister and BJP president Amit Shah and other senior leaders of the party before putting down his papers.

Shekhar had met Rajya Sabha Chairman M Venkaiah Naidu to inform that he was resigning voluntarily.

As per sources, when Shekhar met the Rajya Sabha Chairman, he asked him whether his resignation was voluntary and if he would like to rethink.

Responding to this, Shekhar stated that he was resigning voluntarily and no rethinking in the matter was needed.

A Member may withdraw his letter of resignation at any time before it is accepted by the Chairman.