Navjot Kaur wanted to contest LS elections from Chandigarh, but the leader was denied ticket from the constituency. 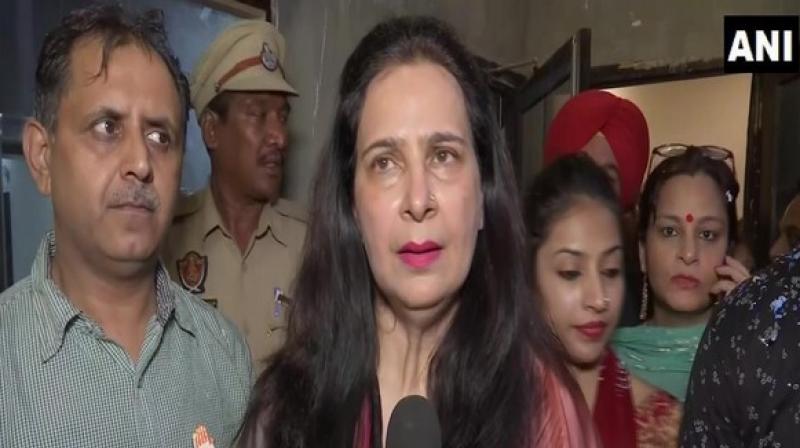 'I was denied the ticket from Amritsar on the ground that I could not win,' Navjot Kaur said. (Photo: File)

Amritsar: Congress leader Navjot Kaur Sidhu hit out at Punjab Chief Minister Captain Amarinder Singh and alleged that it was because of him and party general secretary in-charge for state Asha Kumari, that she was denied a ticket from Amritsar in the ongoing national elections.

"Captain Sahib (Amarinder Singh) and Asha Kumari think Madam Sidhu does not deserve an MP ticket. I was denied the ticket from Amritsar on the ground that I could not win," Navjot Kaur told ANI.

"Captain Sahib should respect women. You talk of women reservation, then please consider it. When educated leaders like me, who are ready to serve are there, it is decent to tell us that someone is better, don't deny us tickets by lying," she said.

Navjot Kaur wanted to contest the Lok Sabha elections from Chandigarh, but the leader was denied a ticket from the constituency. Congress fielded former Union Minister Pawan Kumar Bansal from the seat.

Following this there were reports that Navjot Kaur might contest from Amritsar, the coveted seat from where Amarinder Singh had won against BJP's Arun Jaitley in the 2014 general elections. However, the party fielded sitting lawmaker Gurjit Singh Aujla from there.

When questioned about Navjot Singh Sidhu's absence from Congress' campaign in Punjab, she said, "Captain Sahib has said that we are winning all 13 Lok Sabha seats. Our aim is to oust Modi. When Captain Sahib is saying that we are winning all seats then Sidhu's campaign does not matter here. He is campaigning at all India level. There is no ego there. Captain sa'ab has said he would win all 13 seats by himself."

The differences between Sidhu and Amarinder came to the fore when the Chief Minister had asked him not to go to Pakistan for Imran Khan's oath-taking ceremony. The Chief Minister also got the invitation but preferred not to go there citing terror attacks in Punjab and killings of Indian soldiers by Pakistan armed forces.

Relations grew bitter when the Punjab chief minister had issued a mild rebuke to Sidhu last year over his hug to Pakistan army chief General Bajwa which snowballed into a huge political controversy.

Following which, Sidhu in retaliation took a dig at Amarinder saying that Congress president Rahul Gandhi is his captain and that he went to Pakistan after taking his Rahul in Confidence.

Punjab, where 13 parliamentary seats are at stake will go to polls on May 19.