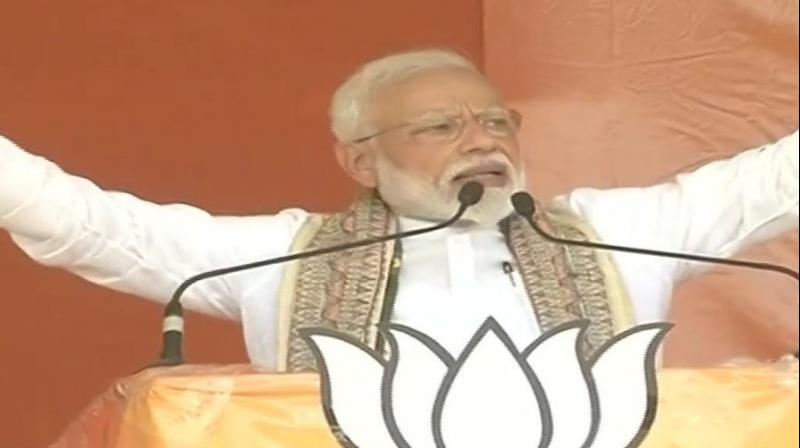 'The TMC and their goons have made Bengal a hell,' Modi said. (Photo: ANI)

Mathurapur: Prime Minister Narendra Modi on Thursday asserted that the West Bengal Police, in connivance with the state government, was trying to wipe out evidence of statue desecration in Kolkata.

Addressing a rally here, Modi said Chief Minister Mamata Banerjee, "frustrated over her imminent defeat", has threatened to put him behind bars after the general election.

"It was the TMC goons who were involved in vandalism. They were the ones to desecrate the bust of Ishwar Chandra Vidyasagar. The police officers are trying to wipe out evidences of the incident to protect the TMC goons. The TMC and their goons have made Bengal a hell," he claimed Those involved in the act of vandalizing the statue should be given exemplary punishment, he insisted.

A bust of 19th century Bengali reformer and polymath Ishwar Chandra Vidyasagar was desecrated during the clashes.

"Didi has lost her cool in the face of imminent defeat. She has become so frustrated that she is threatening me that she will put me behind bars," he said.

Taking a dig at Banerjee's nephew and TMC MP Abhishek Banerjee, Modi also said that the "aunt-nephew jodi is only interested in looting Bengal".