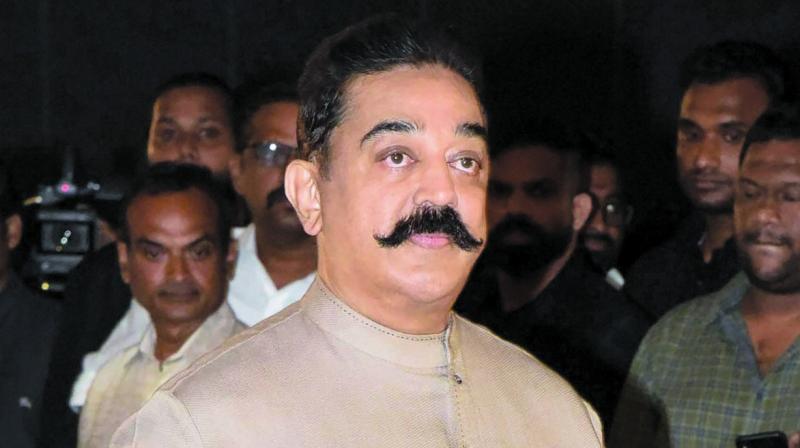 'The first terrorist in independent India is a Hindu, his name is Nathuram Godse'. (Photo: File)

New Delhi: A Delhi court on Thursday put up the criminal complaint case against actor Kamal Haasan for allegedly spreading hated between communities by referring to Nathuram Godse as 'India's first Hindu terrorist' for consideration of pre-summoning evidence.

A criminal complaint was filed against Haasan for allegedly hurting religious sentiments by saying that Nathuram Godse, the assassin of Mahatma Gandhi, was the "first Hindu terrorist in independent India."

Vishnu Gupta, the complainant, who claims to be a founding member of Hindu Sena, had alleged that the Makkal Needhi Maiam chief's statement hurt religious sentiments and was to the nature of promoting enmity between Hindu and Muslim communities.

Addressing a crowd in Tamil Nadu's Karur on May 13, Hassan had said, "I am not saying this because many Muslims are here. I am saying this in front of Mahatma Gandhi's statue. The first terrorist in independent India is a Hindu, his name is Nathuram Godse."

The actor had, however, defended his remarks saying he merely stated a 'historical fact'.