During a discussion on the National Commission for Backward Classes, Modi said the party should hold conferences for 'backward Muslims'. 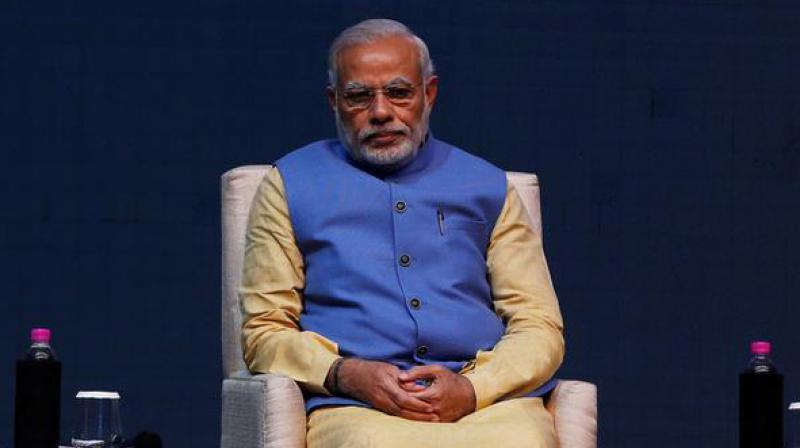 The Prime Minister said if there are social evils, the society should be woken up and efforts made to provide justice to the victims.

In his address to the BJP national executive meeting in Bhubaneswar, he said there should not be any "conflict" in the Muslim community over this issue.

"Our Muslim sisters deserve justice. We should try to solve this issue at the district level. We should also proceed on the formula of a new India. We can't simply move forward on a slow pace, but charge ahead with full speed," the Prime Minister said during the BJP National Executive Meeting.

"We do not want that there is conflict within the Muslim community over this issue. What we have to do is that if there are any social evils, we have to wake up the society and make efforts to provide justice to them (Muslim women). That was the Prime Minister's spirit," Union Minister Nitin Gadkari said while briefing reporters.

Meanwhile, the All India Muslim Personal Law Board (AIMPLB) on Sunday stated that those who give triple talaq without the reasons prescribed by the Sharia law will face social boycott.

The Board further noted that there has been misunderstanding on this issue, and that it will issue a code of conduct on it.

The AIMPLB, which has opposed the PILs filed against the triple talaq in the Supreme Court, had earlier on Wednesday said the board will do away with the practice of verbal divorce in one-and-a half years, adding there is no need for government interference.

A five-judge constitution bench of the apex court will start hearing from May 11 the petitions against triple talaq.

The court will hear pleas filed by several Muslim women challenging the practice under which men can divorce their wives instantly by uttering the word talaq thrice.