The national executive meeting focused on the government schemes for poor and party should only be working towards the poor. 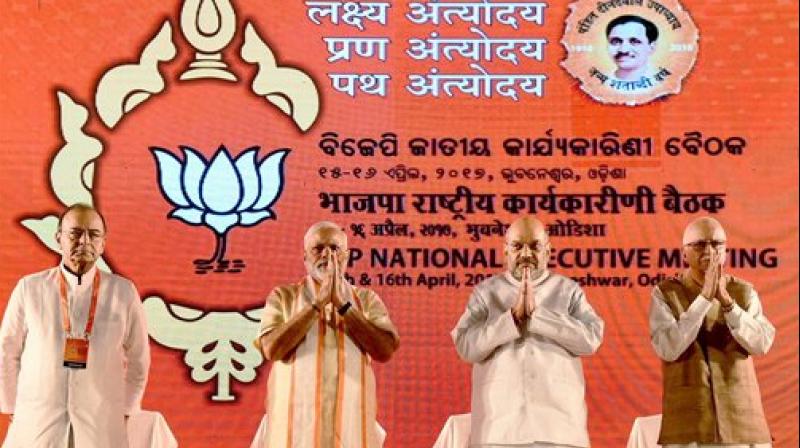 Bhubaneshwar: Two resolutions have been passed in the Bharatiya Janata Party (BJP) national executive meet in Bhubaneswar on Sunday, the second day of the conclave.

Prime Minister Narendra Modi earlier made an intervention on a discussion about the backward commission, saying that more inclusiveness is necessary for backward Muslims.

He made the comment at the Bharatiya Janata Party’s national executive meet during a strategy session regarding the new bill which sought to give constitutional recognition to the backward commission. The Centre had planned to replace the National Commission for Backward Classes with a constitutional entity. The commission for backward classes was set up by a 1993 law.

The new bill allows the Parliament to include any community as a backward community. While the bill was passed in the Lok Sabha, it has been stuck at the Rajya Sabha.

Another resolution also condemned the manner in which Congress and other parties are playing politics in this connection and stalling the bill.

The national executive meeting focused on the government schemes for poor and party should only be working towards the poor.

The two-day BJP national executive meeting is expected to underline strategy for a big saffron push in states like Odisha, Kerala, West Bengal where it has traditionally been weak.

Party president Amit Shah on Saturday said the BJP's golden era will begin only when it had chief ministers in every state and held power from the Panchayats to the parliament.