The matter has been referred for next hearing on March 19. 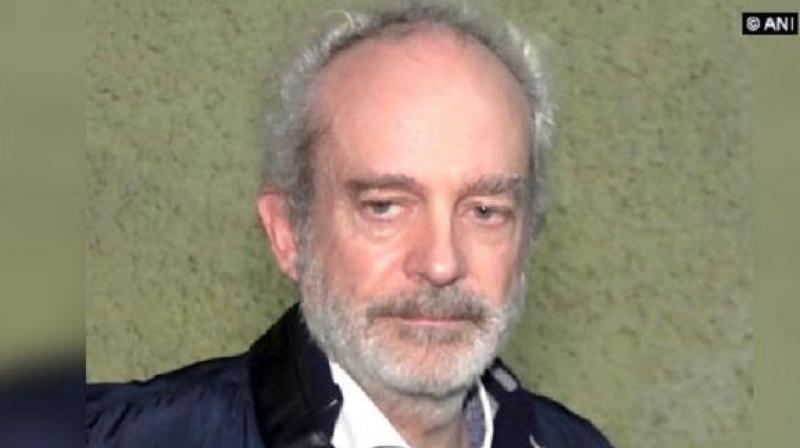 New Delhi: A Delhi Court on Saturday directed the Tihar jail authorities to submit CCTV footage containing visuals from February 13 to 17 of jail number 7 where AgustaWestland accused 'middleman' Christian Michel is lodged to ascertain allegations of torture and humiliation levelled by Michel.

The matter will be next heard on March 19.

On March 11, the Delhi court sought a reply from the Director General (DG) of Prison seeking directions to shift the accused from the high-security cell to a normal cell, after he contended that he had been kept in an isolation ward with Kashmiri terrorists and 160 other high-risk prisoners.

To rubbish the allegations put forth by the accused, Tihar jail authorities, on March 14, produced CCTV footage from March 8th to 12th before the court.

In its reply to the court, the Tihar Jail authorities denying all the charges saying that Michel has been granted all the facilities in accordance with the jail manual.

Showing a hard disk to the court containing the CCTV footage, the law officer said,” The footage shows that he has been allowed to walk, access canteen and also meet other inmates.”

Law officer of the jail also handed over a list of facilities being provided to Michel in a single cell in the jail. “This is not isolation as he goes out to eat and is allowed to meet other inmates,” the authorities said.

Special Public Prosecutor (SPP) DP Singh told the court,”He is a foreigner brought through extradition. This is a responsibility of the country to ensure his security as per the treaty.”

Michel, who was extradited from the UAE in December last year, is currently lodged in Tihar Jail in connection with the CBI and ED cases against him related to the AgustaWestland deal.