Priority will be to restore lost glory of Punjab: Manpreet Badal

The cabinet minister indicated that some of the ‘lopsided’ policies of the previous SAD-BJP government will be undone by Congress. 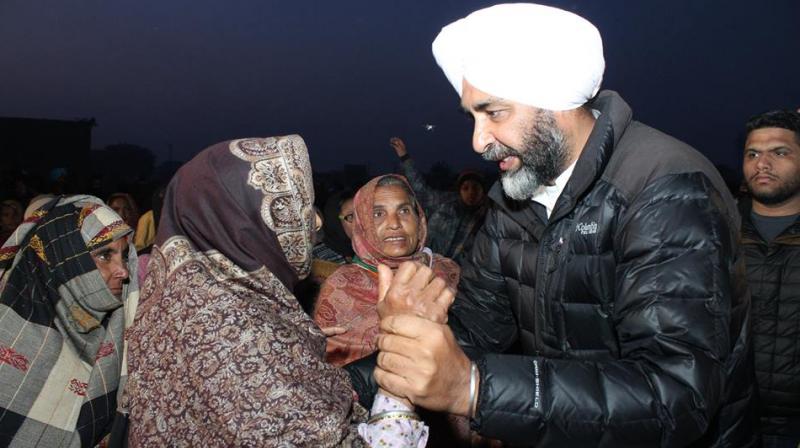 Chandigarh: Newly inducted Punjab Cabinet Minister Manpreet Singh Badal on Thursday said priority of the Amarinder Singh-led Congress government will be to restore the "lost glory" of the state.

"Restoring Punjab's lost glory is what we will work for," Manpreet, the estranged nephew of ex-Chief Minister Parkash Singh Badal, told reporters here after taking oath as state cabinet minister.

Manpreet, who had served as the finance minister in the SAD-BJP government in 2007, said the Congress government's priority would be to "bring the state's economy, which has been completely devastated under the SAD-BJP regime, back on track".

"We are committed to bringing the state back on the path of growth and development," he said.

Replying to a question, the cabinet minister indicated that some of the "lopsided" policies of the previous SAD-BJP government will be undone by the Congress government.

Manpreet, who won from Bathinda-Urban Assembly constituency, said education, health, improving the lot of farmers, getting investments for the state, urban development to improve the infrastructure, are some of the areas which will be immediate focus areas of the present government.

"We are committed to improve the per capita income of our people and generate new avenues of employment," he said.

Manpreet also said the Congress government is committed to eliminating the drug menace in the state.

"We are also committed to ending the VIP culture," he said.

Earlier in the day, Amarinder Singh (75) was sworn in as the 26th Chief Minister of Punjab along with nine ministers, including Navjot Singh Sidhu and Manpreet Badal.

The Congress stormed to power in Punjab after a gap of 10 years by winning 77 seats in the 117-member Assembly.