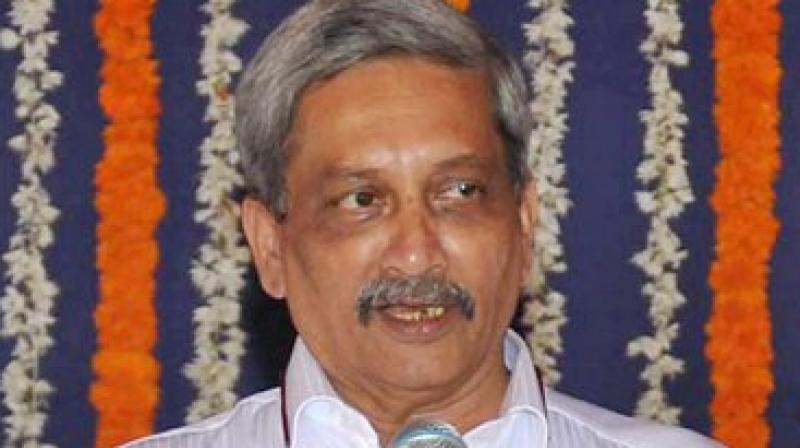 Panaji: The Bharatiya Janata Party (BJP)-led government in Goa, headed by Chief Minister Manohar Parrikar, will face the crucial floor test today, as a special Assembly session has been convened for the purpose.

Parrikar, who stepped down as Defence Minister, was sworn-in as the Chief Minister of the coastal state for the fourth time on Tuesday evening, along with nine ministers.

Prime Minister Narendra Modi had also congratulated Parrikar after he was sworn-in.

“Congratulations to Manohar Parrikar and his team on being sworn in. My best wishes in taking Goa to new heights of progress,” he had tweeted.

Parrikar had tweeted back to Modi saying, "Thank you Pradhan Mantriji; as always, looking forward to your full support & cooperation for the development of Goa."

The BJP had bagged 13 seats in the polls, while it claims support of three MLAs each of the Goa Forward Party and Maharashtravadi Gomantak Party, besides three independents. Congress had won 17 seats.

Earlier on Tuesday, the Supreme Court cleared the decks for Parrikar to take oath as Chief Minister by refusing Congress' plea to stay the ceremony and ordered holding of the floor test today.

The apex court had also directed that no other business apart from holding the floor test will be conducted.