This comes a day after the announcement that leader of Congress in Lok Sabha Mallikarjun Kharge will represent the party in rally. 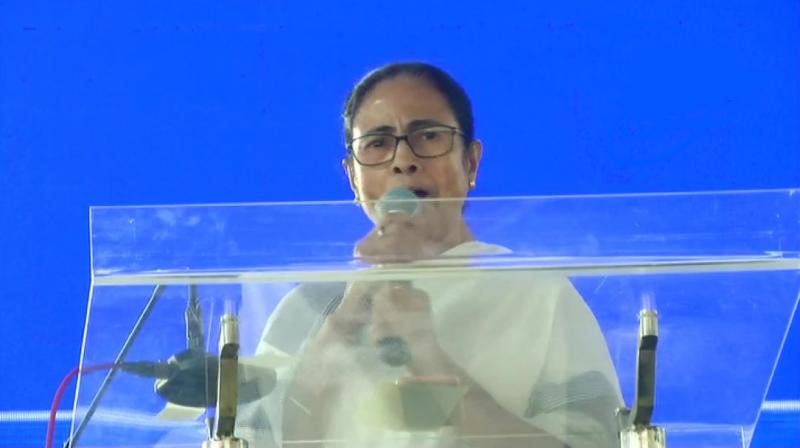 TMC is organising the rally to gather support for a pan-India, strong and united, anti-BJP front. (Photo: ANI | File)

Kolkata: Left parties will not participate in the All India Trinamool Congress' (TMC) led Opposition rally in Kolkata on January 19.

This comes a day after the announcement that leader of the Congress in Lok Sabha Mallikarjun Kharge will represent the party in the rally, owing to the absence of Congress president Rahul Gandhi and UPA chairperson Sonia Gandhi at the mega event.

TMC is organising the rally to gather support for a pan-India anti-BJP front. Party chief Mamata Banerjee had been touring the country for the last one year in an effort to shore up a strong and united opposition front to fight the Lok Sabha elections against the BJP.

According to sources in the West Bengal Congress, the state unit of the party wanted Rahul and Sonia to skip the rally and instead send a party leader. Also, the state leadership is believed to have told the party chief that Congress workers were ready to contest the upcoming Lok Sabha elections alone.

West Bengal Congress leaders were also annoyed over the TMC supremo not inviting any state leader for the rally.

Rahul, in the past, had assured his state party unit that any decision on forging an alliance with the TMC will be taken after considering state leadership's opinion.

Reportedly, Samajwadi Party chief Akhilesh Yadav and Bahujan Samaj Party supremo Mayawati are yet to confirm their participation in the mega opposition rally.