Incidents of violence were reported from Murshidabad and North 24 Parganas districts, and rural Howrah on Saturday. 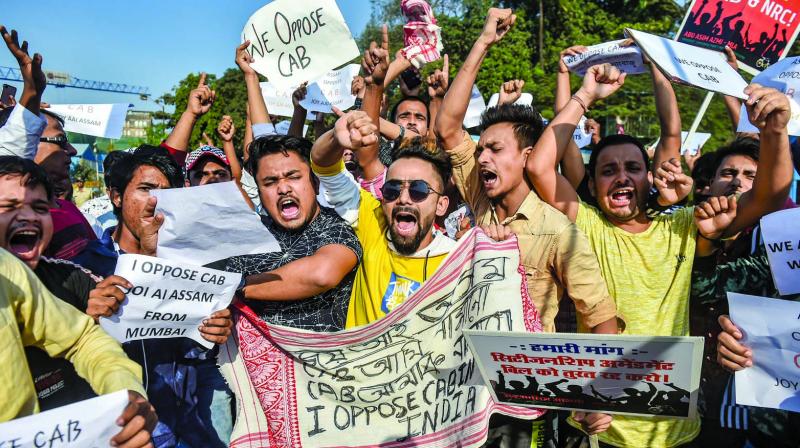 Sporadic incidents of violence were reported from Nadia, North 24 Parganas and Howrah districts of West Bengal which is witnessing protests against the amended Citizenship Act, police said on Sunday. (Photo: File/ Representational Image)

Kolkata: Sporadic incidents of violence were reported from Nadia, North 24 Parganas and Howrah districts of West Bengal which is witnessing protests against the amended Citizenship Act, police said on Sunday.

Protesters blocked various important roads in Amdanga and Kalyani areas of North 24 Parganas and Nadia districts. They also blocked roads and railway tracks in various stations of the districts, the police said. In Domjur area of Howrah district, protesters organised road blockades and shouted slogans against the Narendra Modi government.

A huge police contingent has been rushed to the spot to control the situation. Violent protests have rocked several parts of the state in the last two days with agitators torching railways stations and vandalising public property.

Incidents of violence were reported from Murshidabad and North 24 Parganas districts, and rural Howrah on Saturday.

In West Bengal, protestors mostly targeted railway properties with Murshidabad, Malda and Howrah districts bearing the brunt of their ire. Official sources said public property worth crores of rupees have either been destroyed or looted.

Chief Minister Mamata Banerjee, who has resolutely opposed the Citizenship Amendment Bill, appealed for peace, while the opposition BJP threatened to seek imposition of President's Rule if the "mayhem by Bangladeshi Muslim infiltrators continued."

Protesters torched about five trains, three railway stations and tracks, and at least 25 buses on Saturday amid spiralling violence in West Bengal during the agitation against the amended Citizenship Act, while an oil tanker driver was killed in Assam's Sonitpur district.

Suspension of Internet services across Assam was extended for 48 hours till December 16 though curfew was relaxed in Dibrugarh and Guwahati and also parts of Meghalaya, while a six-hour shutdown was observed in Nagaland.

The UGC National Eligibility Test for candidates scheduled to appear in Assam and Meghalaya was postponed.