‘I express my gratitude to you. If you were not there, we would not have got independence so quickly.’ Delegate Quazi Rosy. 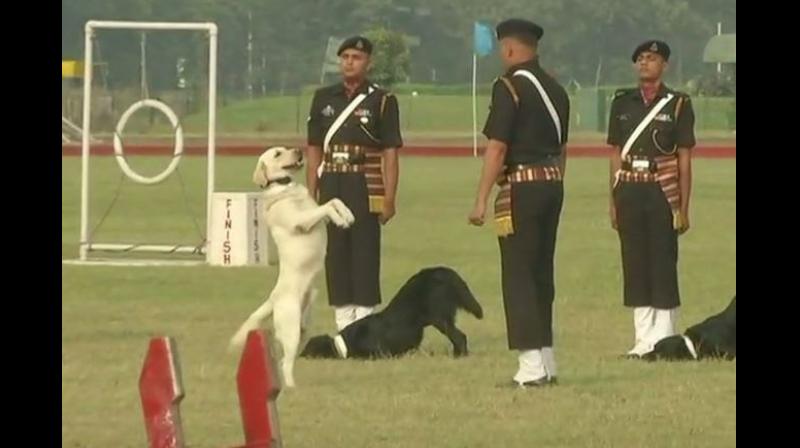 Delegate Quazi Rosy is leading a Bangladeshi delegation including Mukti Joddhas participating in the Vijay Diwas celebrations in Kolkata this year. (Photo: ANI)

Kolkata: A Bangladeshi parliamentarian Quazi Rosy observed on Saturday that Bangladesh became an independent country quickly courtesy to the Indian armed forces' tremendous contribution in the Liberation War in 1971.

She even compared that the people of Bangladesh (then East Pakistan) were treated during the war by the Indians better than what the Rohingyas received in the neighbouring country. Delegate Rosy is leading a Bangladeshi delegation including Mukti Joddhas participating in the Vijay Diwas celebrations in Kolkata this year.

Addressing the Indian war veterans and armed forces officers at Albert Ekka auditorium in Eastern Command Headquarters, Fort William she said, "We fought the war. You, the soldiers, supported us. I express my gratitude to you. If you were not there, we would not have got independence so quickly. It would have taken a long time."

Delegate Rosy mentioned, "Vietnam fought for its independence for nine years. And we did it for nine months. Now think of it. It became possible only due to you. I used to tell my friend Shipra we know what the war is."

Recounting her experience the Bangladesh Awami League MP elaborated, "Today we are here because of you. I must salute you. When we visit India, we feel we are in some small parts of Bangladesh. You are those persons who gave us love, shelter, clothing and food. So we are always grateful and indebted to you."

She added, "If we do not acknowledge it, we would be ungrateful. Now you know the Rohingyas who have come to our country. We also provide them food and shelter. But what you gave us was more than that."

General Officer Commanding-in-Chief of the Eastern Command Lieutenant General M M Naravane who was present at the programme recalled his childhood days how he used to wait for his father, an Indian Air Force officer posted in the operations branch at the Air Headquarters then, to return home from work during the Liberation in 1971.