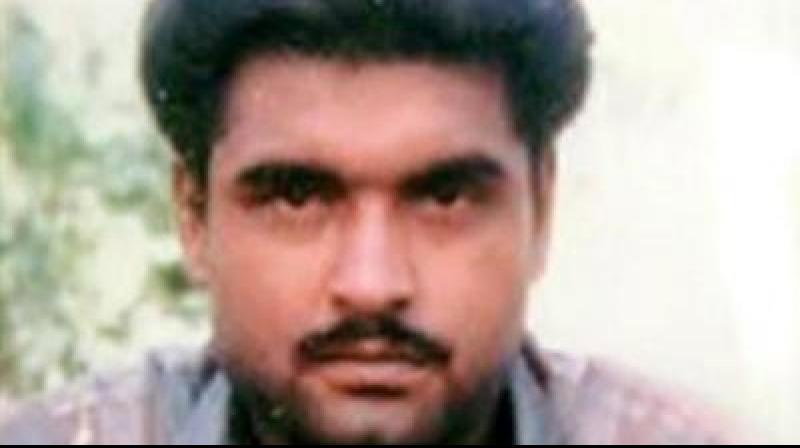 Singh has been sentenced to death for his alleged involvement in a string of bombings in 1990 in the Punjab province of Pakistan. (Photo: Deccan Chronicle)

Lahore: A Pakistani court on Saturday acquitted two prime suspects in the murder case of Indian national Sarabjit Singh in 2013 in the Kot Lakhpat jail here, citing "lack of evidence" against them.

The Lahore Sessions Court announced its verdict in the case which was pending for more than five years. According to a court official, Lahore's additional district and sessions judge Muhammad Moin Khokhar acquitted the main suspects - Amir Tamba and Mudassar – after all witnesses turned hostile.

"Not a single witness testified in the court against both the suspects. The court acquitted them for lack of evidence against them," the official said.

He said both suspects made their presence in the court through a video link from the Kot Lakhpat Jail because of security concerns.

In previous hearings, the judge had expressed his anger as the prosecution failed to bring forth prosecuting witnesses to record their statement.

One witness in the previous hearing told the court that Singh was brought to the Services Hospital in a critical condition.

"I wanted to record Singh's statement but the doctors stopped him, terming his condition very serious," the official quoted the witnesses.

Singh died before recording his statement before the doctors. A one-man judicial commission of Justice Mazhar Ali Akbar Naqvi of Lahore high court had initially investigated Singh's murder case before the trial kicked off in the Sessions court.

Naqvi recorded the statements of some 40 witnesses in the case and submitted its report to the government which is yet to make its findings public.

The one-man commission had also issued notices to Singh's relatives through the foreign ministry to record their statements and produce any evidence they had regarding his death.

However, Singh's family did not record their statements, the officials had said. Tamba and Mudassar, in their statements to the commission, had confessed to the crime and said they killed Singh as they wanted to avenge the killing of people in Lahore and Faisalabad in bomb blasts allegedly carried out by the Indian national.

Singh has been sentenced to death for his alleged involvement in a string of bombings in 1990 in the Punjab province of Pakistan.