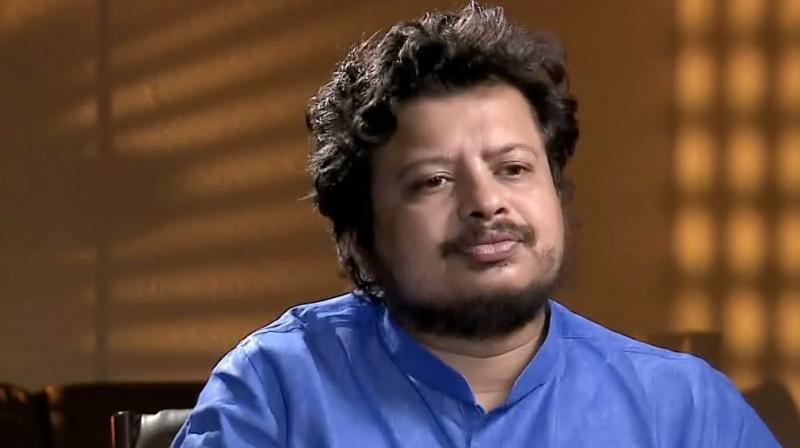 Kolkata: Controversial Rajya Sabha MP Ritabrata Banerjee has been formally expelled by the CPI(M) from its party saying that the decision was taken after its efforts to rectify him failed.

The party's West Bengal unit on Friday announced of his expulsion after party general secretary Sitaram Yechury gave his seal of approval on the state secretariat committee's recommendation which was sent to the central committee barely two days ago for consideration.

Yechury conveyed his decision to the West Bengal CPI(M) on behalf of the party's politburo.

The decision of the 38-year-old parliamentarian was pending for the last two days as the CPI(M) general secretary was out of New Delhi for party work, according to sources.

Returning to New Delhi on Friday Yechury made it final. In the afternoon CPI(M) West Bengal state secretary Surjya Kanta Mishra informed Banerjee's expulsion from the party in a statement.

Dr Mishra said that Banerjee was expelled from the CPI(M) according to section 19(13) of the party's organisation for 'serious anti-party activities.'

He said, "This decision was taken on September 13, 2017 at the state secretariat meeting. The CPI(M) Politburo has approved the decision. In February Banerjee was publicly censured by the party's state committee for his indiscipline."

Speaking about the three member inquiry commission against Banerjee the statement mentioned that a decision was later taken as per section 19(10) of the party's organisation to suspend him from the party's state committee at a meeting on June 1-2 for three months in wake of many more serious allegations against him.

The CPI(M) state secretary elaborated, "He was also given an opportunity to defend himself. Probing all angles the inquiry commission found him guilty and submitted its report within scheduled time. He was also chargesheeted."

Dr Mishra however noted, "Repeated attempts to rectify him however went in vain. Instead of amending himself he continued to tarnish the party's image. Based on the commission's report steps to punish Banerjee was taken from the state committee meeting on August 7-8 and it was brought to the notice of the central committee."

The statement reasoned, "Banerjee tried to defame the party further while giving an interview to a TV channel on September 11 based on which the decision to expel him was taken."