He also repeated the party's appeal to Pilot, asking him to come back to the family 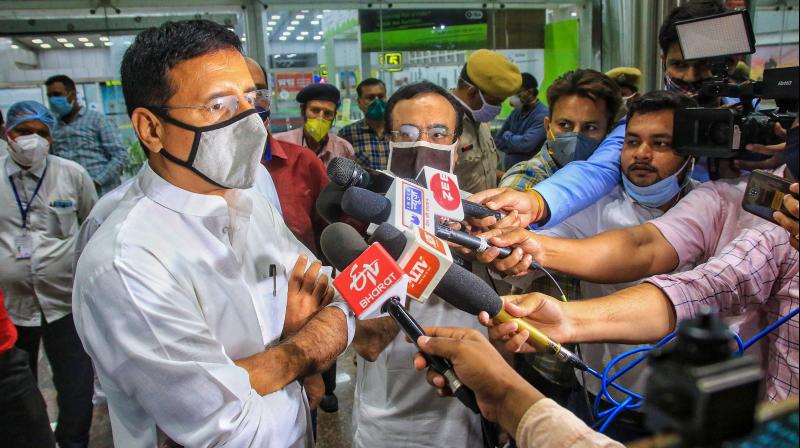 Jaipur: Congress general secretary Randeep Surjewala asked Sachin Pilot to return to the family and discuss grievances. He also said that BJP has failed in its conspiracy to topple the elected government in Rajasthan. If Sachin Pilot doesn't want to join BJP, he should refuse Haryana government's hospitality, added Surjewala.

Congress general secretary Randeep Surjewala on Wednesday said if dissident leader Sachin Pilot is not joining the BJP, he should stop accepting that party's hospitality in Haryana.

The reference was to reports that MLAs close to the rebel leaders are holed up in hotels in Gurgaon in Haryana, where the BJP is in power.

He also repeated the party's appeal to Pilot, asking him to come back to the family.

I have seen Pilot's statement in the media that he will not join the BJP. If you do not want to go to the BJP, stop accepting the hospitality of the BJP immediately, he said.

He told reporters that Pilot should free the Congress MLAs who are staying in two luxury hotels and under the security of the Haryana police.

Surjewala said the party leadership spoke to Pilot several times but he and the other Congress MLAs did not come to attend the Congress Legislature Party meetings.

Pilot was sacked Tuesday as Rajasthan's deputy chief minister and the president of the state unit of the Congress.