The decision was taken at a meeting of the Assembly’s business advisory panel. 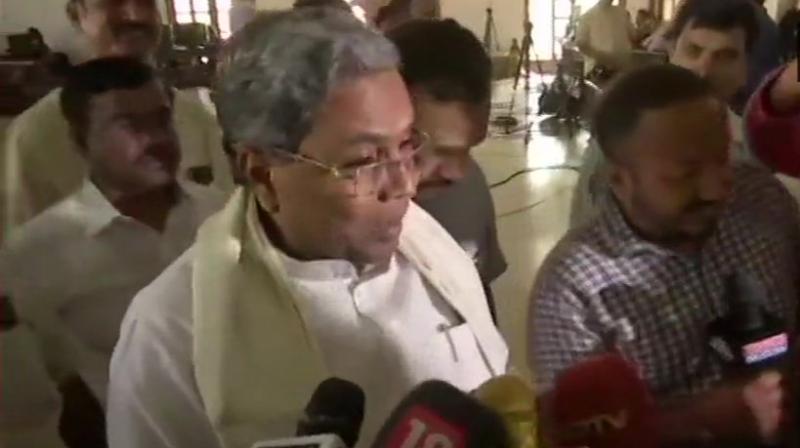 Bengaluru: Congress’s Siddaramaiah on Monday said that the Karnataka’s ruling government will take a floor test on Thursday.

The decision was taken at a meeting of the Assembly’s business advisory panel.

On Friday, Chief Minister HD Kumaraswamy had called for a trust vote to prove his strength on the floor of the House after 16 lawmakers sent their resignations to Speaker KR Ramesh Kumar.

The strength of the 224-member state Assembly would be reduced to 209 if the 16 resignations are accepted.

The state government has survived so far because Assembly Speaker Ramesh Kumar decided against rushing into accepting the resignations. He insisted that the law requires him to satisfy himself that the resignations were voluntary, and not coerced.