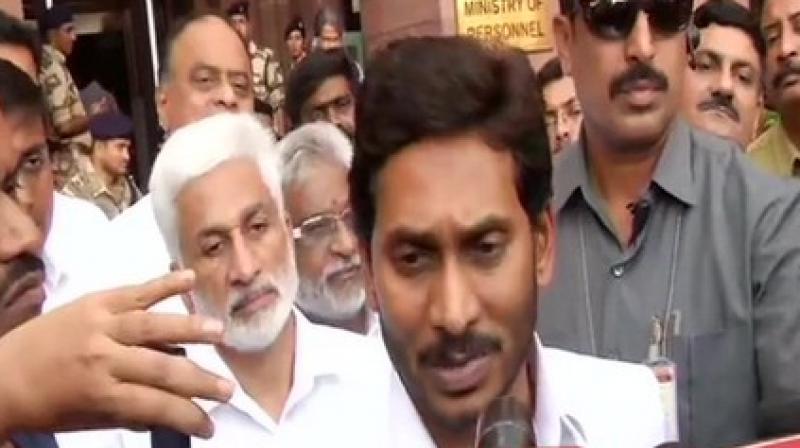 On 'widely rumoured argument' that few other states may demand SCS if it is granted to Andhra Pradesh, the Chief Minister said, (Photo: ANI)

Terming the status as an "essential lifeline" for Andhra Pradesh, the Chief Minister said, "It is disheartening when we hear several rumours and excuses for not granting special category status."

On "widely rumoured argument" that few other states may demand SCS if it is granted to Andhra Pradesh, the Chief Minister said, "In the history of this country no other state was bifurcated with a pre-condition that special category status would be accorded to compensate the economic and financial hardships such bifurcation would entail, which was supported by both ruling and opposition parties that had representatives from all the states."

During his speech, the Andhra Chief Minister also criticised the previous TDP government led by Chandrababu Naidu for "mis-governance and institutionalising corruption".

"Mis-governance and institutionalised corruption coupled with lack of sincerity during the past five years have left the state with high unemployment amongst youth, lack of investment in infrastructure and industry, a sharp deterioration of public education and health system and empty coffers," he said.