CPI proposes merger of all Left parties in India

The most pertinent factor is that all the Left parties have come a long way since the split in 1964. 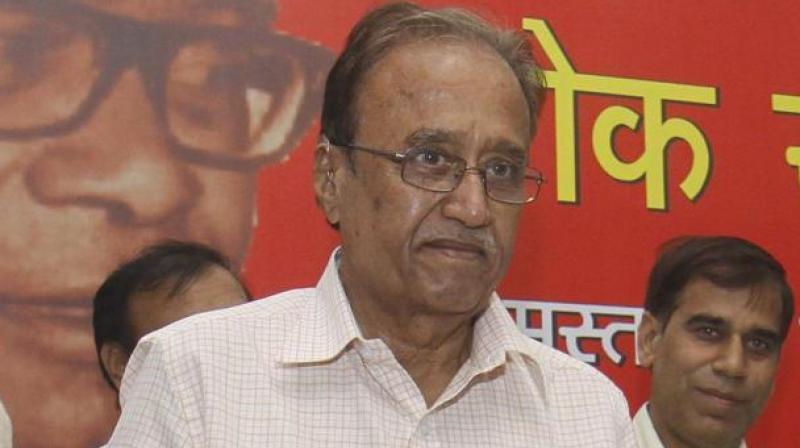 New Delhi: After possibly the worst Left performance in a general election, political circles are agog with discussions on the need for a merger of all Left parties for the Communist movement to remain relevant in the country.

Barely days after the Lok Sabha results and with the CPI and CPI(M) both on the brink of losing their national party status, CPI general secretary Sudhakar Reddy had sought the merger of the two biggest Left parties.

“The marginalisation of the Left will have a very serious implication on the future of the country... the situation demands the reunification of the Communist parties and reworking of strategies,” he had said. Sources said that informal discussions have already begun among the parties which include the CPI(M), CPI, CPI(ML), Forward Bloc and the Revolutionary Socialist Party (RSP).

“Though these issues are being talked about, talks on merger front are only informal as of now,” said CPI national president and Rajya Sabha member D. Raja.

He said that as far as the CPI is concerned, it is the party’s stated position that reunification is necessary.

Since the CPI first split in 1964 after 32 comrades famously walking out of a national committee meeting, the first time when a proposal of a merger of the four Communist parties — CPI(M), CPI, RSP and Forward Bloc — was spoken about was in 1986. Sources said though the suggestion on the merger of the four Communist parties is in the air since the 1986, things are very difficult to carry out at the ground level.

As a senior leader from one of the parties pointed out that a proposal to form joint committees at the state level, which was proposed way back in 1990s, has not worked out yet due to issues of local politics.

A good example is how the RSP and the Forward Bloc are part of the Congress-led UDF in Kerala though they are part of the Left Front at the national level and even in West Bengal.

The most pertinent factor is that all the Left parties have come a long way since the split in 1964. The issues of disagreement, including the Soviet-China split and anti-Congressism, have ceased to exist.

While the soviet disintegration has made most world Communist movements irrelevant, the rise of Prime Minister Narendra Modi and the BJP has brought together all anti-BJP parties of different hues, including the Congress, for their survival.