Both parties spent Wednesday trying to pin the blame on each other. 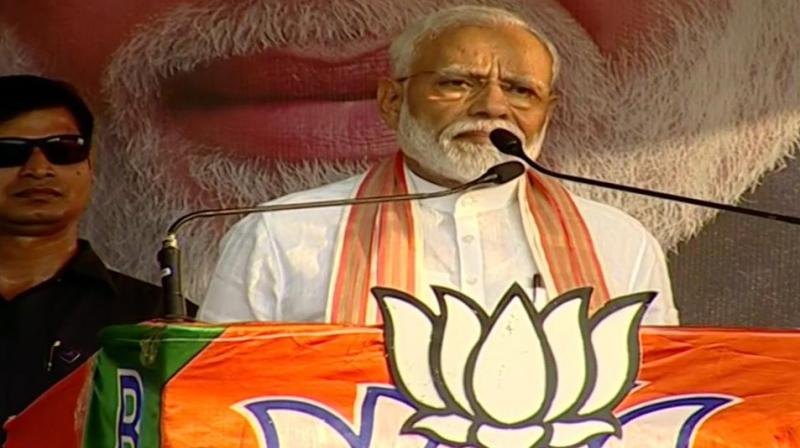 Basirhat: Prime Minister Narendra Modi on Wednesday called Bengal Chief Minister and Trinamool Congress supremo Mamata Banerjee “power drunk” and accused her of “throttling democracy” after a fierce war of words broke out over the violence at an Amit Shah roadshow in Kolkata the day before.
He said “didi was afraid at the rise of BJP in Bengal”.

Both parties spent Wednesday trying to pin the blame on each other. BJP party chief Amit Shah first addressed a press conference after Mamata filed an FIR against him, saying he was not afraid and that her party ‘hooligans’ had attacked the BJP roadshow fist.

The Trinamool leader held a press conference next, slamming the BJP’s “strong-arm tactics” in videos they released where BJP cadres were allegedly vandalising Bengal Renaissance reformer Ishwar Chandra Vidyasagar’s bust.
Modi was campaigning for the last phase of Lok Sabha elections in West Bengal’s Basirhat. “Didi's goons are carrying guns and bombs and are bent upon destruction,'' Modi said.

Ascertaining the victory of BJP in 2019 Lok Sabha Elections, Modi said citizens of West Bengal were more confident of their votes now.

"People of Bengal have made up their minds to end the despotic rule of Mamata Banerjee,'' PM Modi told the rally.

The Prime Minister threw a challenge at Banerjee, asking her to “make my meme and gift it to me”. He vowed that he would not file a complaint against her and would always cherish her gift.