The MNM leader alleged his speech was edited selectively and took a dig at his detractors. 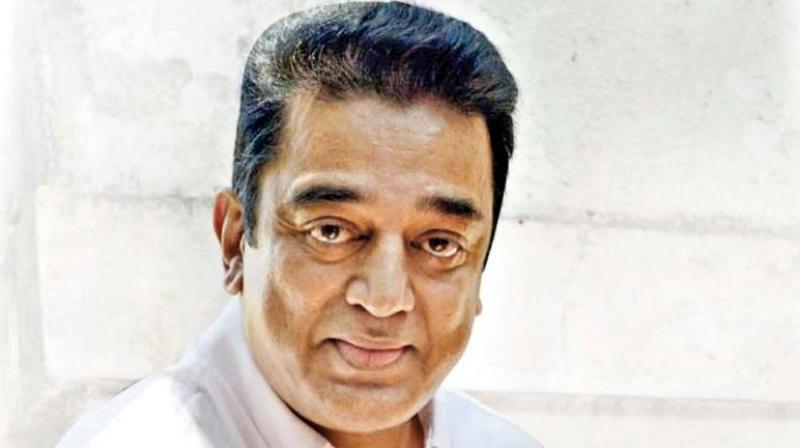 The actor-politician asked his detractors to make "valid allegations", asking if he could cater to only one section of people after entering active politics. (Photo: File)

Madurai: Finding himself in the centre of a raging controversy over his "free India's first extremist was a Hindu" remark, Makkal Needhi Maiyam founder Kamal Haasan Wednesday said he had only spoken about what was a 'historic truth.'

The actor-politician asked his detractors to make "valid allegations", asking if he could cater to only one section of people after entering active politics.

"They got angry for what I spoke at Aravakurichi. What I spoke (there) is historic truth. I did not lure anyone to a brawl," he said during a by-poll campaign at Tirupurankundram near here.

He said truth would triumph like the "historic truth I mentioned."

"Understand the meaning for the word extremist. I could have used the word terrorist or murderer (against Godse)... ours is active politics, there won't be any violence," he said while resorting to wordplay in Tamil to drive home his point.

The MNM leader alleged his speech was edited selectively and took a dig at his detractors, saying the charges levelled against him "apply to my media friends also."

He asked if his critics could show instances of his remarks that could incite violence and said the accusations against him had hurt him.

"They are saying I hurt Hindu sentiments. There are so many Hindus in my family. My daughter is a believer," he said.

Stoking a controversy, Haasan had said on Sunday that "free India's first extremist was a Hindu", referring to Nathuram Godse who killed Mahatma Gandhi.

"I am not saying this because this is Muslim-dominated area, but I am saying this before a statue of Gandhi. Free India's first extremist was a Hindu, his name is Nathuram Godse. There it (extremism, apparently) starts," he had said in bypoll-bound Aravakurichi.